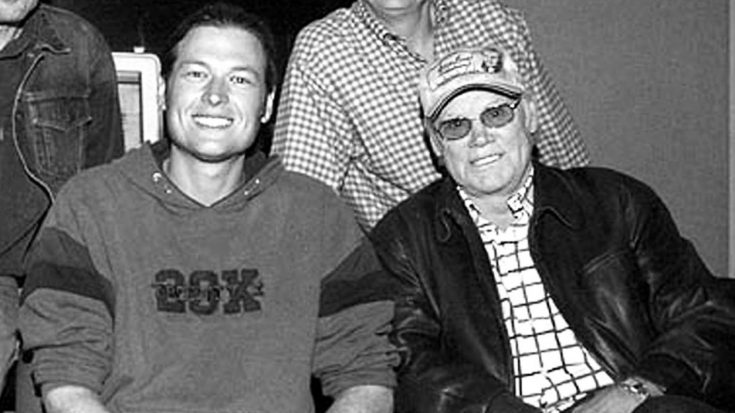 With the announcement of his 2019 tour, Friends & Heroes, Blake Shelton added a unique touch to his promotion. Leading up to the kick-off, Shelton will be covering a handful of classic country songs during what he calls his Friends & Heroes Sessions.

The 2019 tour kicked off February 14 in Oklahoma City, Oklahoma. Shelton, who brought along some pretty big faces has a total of 16 tour dates scheduled. Coming along for the ride are The Bellamy Brothers, John Anderson, Trace Adkins, and Lauren Alaina. The singer and his entourage of openers created a hilarious video announcing the tour, featuring Shelton teaching the youngins about real country music.

During the Friends & Heroes Session, Blake treated us to Bobby Bare’s “Tequila Sheila.” The 1980’s tune calls for the perfect party behavior with a country twist. Shelton explained the reason behind covering the Bare classic.

“I recorded this song and didn’t really have a plan for it – I just wanted to have my own version! I’m a huge fan, and I always felt like Bobby Bare’s personality was the kind I wanted to have as an artist too.”

In an additional session, he covered country legend, George Jones‘ “The King Is Gone (So Are You).” The 1989 classic has some of the most unforgettable and funny Jones lyrics, telling the story of a man who gets so drunk, he begins talking to a Jim Beam bottle shaped like Elvis. Jones’ version of the tune is sung in a very low range but Shelton crushes it nonetheless. His traditional twang came roaring out during the cover.

This wouldn’t be the first time Shelton and Jones overlapped though. Back in 2005, the two sang on the track “The Last Country Song.” As told by songwriter, Bobby Braddock, the song “used urban sprawl as a metaphor for the changes in country music.”

Check out Blake Shelton’s cover of “The King Is Gone (So Are You)” below.