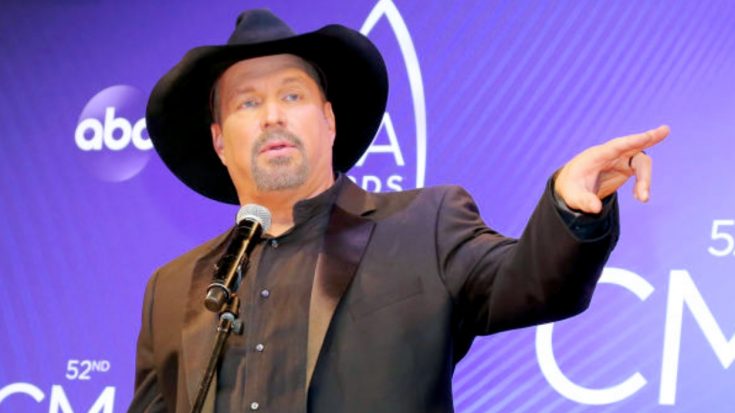 No one else in country music can pack a venue like Garth Brooks. Over the course of his multi-decade career, the country superstar has sold out everything from normal-sized concert halls to massive sports stadiums.

Prior to his temporary retirement from touring in the early 2000s, Brooks shattered ticket sales records all over the country. Those records are ones he broke himself years later when he embarked on his wildly successful World Tour.

That tour led to not one, but two Entertainer of the Year award wins at the CMA Awards.

Get Ready For The Stadium Tour

After his World Tour concluded in late 2017, Brooks significantly scaled back on live performances in 2018. But that didn’t stop him from playing a few high-profile gigs, including the opening and closing shows at Rodeo Houston, the annual FFA convention, and a once-in-a-lifetime concert at Notre Dame stadium.

The success of the latter show (which sold out, as expected), proved that Brooks has what it takes to fill stadiums all over the country. That’s why his latest venture, kicking off in 2019, will be a three-year stadium tour.

Brooks announced the news in October, with his first two stops being at the State Farm Stadium in Glendale, Arizona, and at the Dome At America’s Center in St. Louis, Missouri.

Announcing the Stadium Tour!!! Get ready for GAME DAY across North America!!! love, g For all details, go here: https://bit.ly/2NMRT6G

But while you may refer to the 70,000+ people who will fill one of those already sold-out stadium shows as “fans” of Brooks, you will never hear him say so himself.

During an interview for the Inside the Studio podcast, which was sampled by Rolling Stone, Brooks explained why you will never, ever hear him refer to his concertgoers as “fans.”

For Brooks, such terms feel too impersonal. After all, he views every crowd as a “family,” which is part of the reason why he never charges higher prices for more coveted seats.

“We don’t ‘golden circle,'” he said. “You don’t pay more to be on the floor than you do at the very top of the stadium.”

What He Chooses To Call Them & Why

So if Brooks won’t call his concertgoers “fans,” “tickets,” or “customers,” what is his preferred name for them?

“‘Voices'” he said, going on to explain the reason why. “…Because I hear every one of them.”

Now that’s a pretty powerful statement right there! And it just goes to show why after all these years Brooks is still beloved by so many of the “voices” that enjoy his music.

Those who attend Brooks’ future stadium shows will get the chance to hear a few new songs from him. He’s been hard at work on some new material, including a track he just debuted at the CMA Awards called “Stronger than Me,”

The country superstar dedicated the song to his wife, Trisha Yearwood. You can relive the special moment in the clip below.