Johnny Cash’s Song “Hurt” Is A Cover, But Even Its Original Writer Says It “Isn’t Mine Anymore” 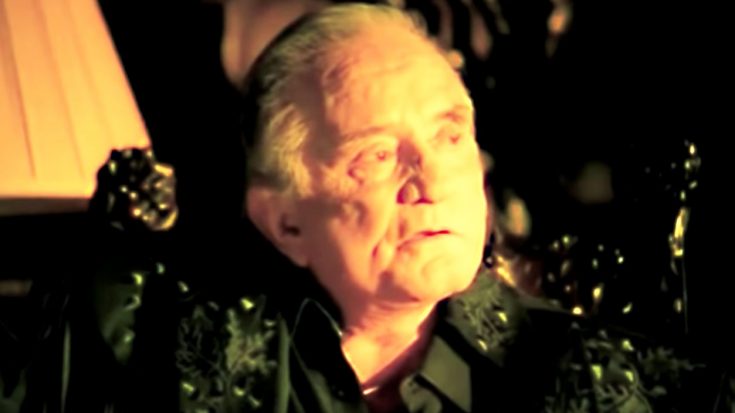 In the spring of 1995, the rock band Nine Inch Nails released the heart-wrenching song “Hurt” written by member Trent Reznor. With its tremendous success, the song became a hit. It wasn’t until 2003 when country legend, Johnny Cash would change the song forever. Reznor – who was “flattered” to have Cash cover his song – admitted that Cash’s version revealed a much more sad and hopeless feeling. Since then, the cover and its video have become world-renowned.

The moment Cash got his hands on this incredible melody, the rest was history. The song, which lyrics embody references to self-harm and heroin addiction, reveals a heartbreaking story. Cash’s smooth and deep vocals set the tone for the tune. After Reznor heard the legend sing it, he went as far to claim “that song isn’t mine anymore.”

Music producer, Rick Rubin, came forward about Cash’s version of “Hurt” in an interview with Broken Records. Rubin, who has worked with artists such as AC/DC and Led Zeppelin was moved by Cash’s heartfelt version of the song. During his interview, he was asked, “How did you feel once the song was finished?” Rubin responded:

“Excited. Because when you hear a really good version of what it is, I wouldn’t go into the emotion of it so much as the excitement of seeing something come together that has this power.”

Rubin admitted that he sent the Cash recording to Reznor after completed, but that he felt the rock singer wasn’t a fan in the beginning. It was the music video that changed it for everyone, especially Reznor. The video was filmed in Cash’s home just seven months before his passing. The famous video features the country legend both in his youth and older years. The memoir won several awards including Best Video of All Time by NME in 2011.