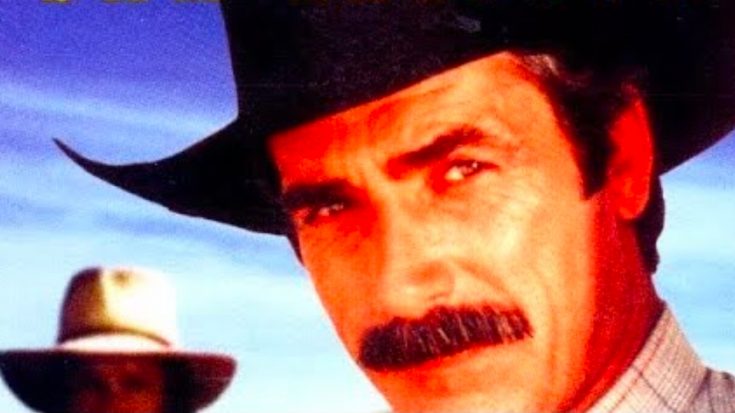 Everybody thinks they know Sam Elliott’s first starring role in a western movie…and they exclaim “Butch Cassidy and the Sundance Kid” – but they’re wrong.

While known for his role in Butch Cassidy, Sam didn’t actually take the lead in a western movie until three years later – in 1972.

At just 28 years old, Sam Elliott had barely gotten his feet wet in the acting world when he scored a big role as “‘Lawless ‘John Lawler” in the movie called Molly & Lawless John. His name was second behind the star of the show Vera Miles.

Back in 1972, the man we know, in part, for his signature mustache was clean-shaven and, to many, hardly recognizable!

The made-for-TV movie featured a young version of the man we know today and with a not-as-deep voice, nor the shaggy hair we saw him with later on. Truly, it’s a blast from the past – and one any real Sam Elliott fan should watch!

The premise of the film is simple: Molly, the wife of a local sheriff is unhappy with her current situation and finds herself helping a prisoner escape from the sheriff’s custody and then elopes to Mexico with this dangerously-handsome criminal. Her former husband, hot on the trail, tracks them down amid a wild love triangle involving John (Sam Elliott) and an old girlfriend. Eventually, a dispute ends with Molly shooting and killing John.

Sam, who had always been a fan of western movies, has starred in quite a few western or cowboy-themed movies and shows throughout the decades. Most recently, he starred in The Ranch – a Netflix original – which aired from 2016 through 2020.

Check out the full trailer for Molly & Lawless John below!

Plus – you can watch the full movie on Amazon Prime Video.