5 Actors Who Were Almost In “Gilligan’s Island” 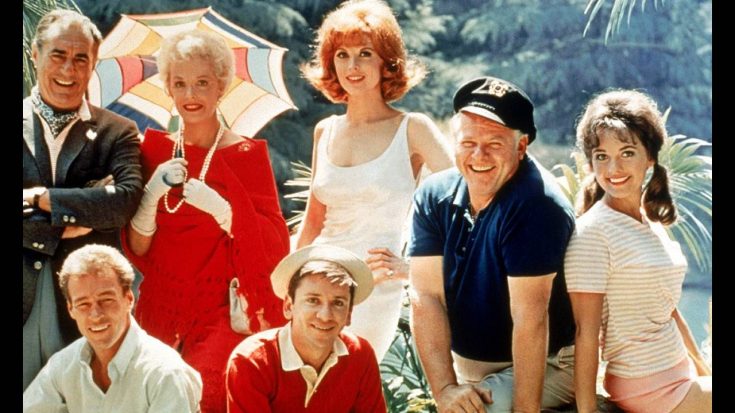 In 1964, CBS premiered the sitcom Gilligan’s Island and the show’s cast quickly became household names. For 98 episodes, fans watched the characters as they tried to survive on an island after they’d been shipwrecked. As the theme song said, there was a sailor, the skipper, a millionaire and his wife, a movie star, a professor, and Mary Ann.

Despite only being on the air for three seasons, the show became a cultural phenomenon and a fan-favorite series for many years – and decades – to come. The roles on Gilligan’s Island were perfectly cast, but what if we told you several roles almost went to different actors?

Bob Denver portrayed the titular Gilligan and was forever associated with that role, but it was first offered to Jerry Van Dyke.

Jerry Van Dyke was offered the title role on Gilligan’s Island but turned it down because he thought the premise was too silly. Do you think he would have made a good Gilligan? pic.twitter.com/JFXNuHOwBb

Van Dyke, who is the brother of Dick Van Dyke, told Pop Dose in 2013, “I actually turned that down. In fact, I had a lot of problems with the agency, because they were trying to push me into taking it. But that’s the joke: I turned it down and took ‘My Mother the Car.’ But, again, it was really good, because I’d’ve been forever known as Gilligan. So that worked out, too!”

My Mother the Car is widely considered one of the worst sitcoms of all time and was cancelled after one season. Even with My Mother the Car, Van Dyke did well for himself without Gilligan’s Island, with TV and film credits from 1962 all the way up until 2013 and four Emmy nominations for the show Coach.

Russell Johnson was perfectly cast as the Professor, but he wasn’t the network’s first choice!

Russell Johnson of Gilligan's Island has passed away at 89. My all-time favourite show as a kid! RIP "Professor" 😢 pic.twitter.com/vamWOpVCm5

In fact, a different actor completely played the Professor – whose real name is Roy Hinkley though it was hardly ever mentioned in the series. That actor was John Gabriel, who is known for playing Seneca Beaulac in Ryan’s Hope.

Happy Birthday
John Gabriel best known role as Seneca Beaulac in Ryan's Hope, and for 1980. Gabriel, who played the Professor in the original, unaired Gilligan's Island pilot, is the father of actress Andrea Gabriel.

Gabriel was recast because people thought he looked too young to have all those degrees the character had.

And while he was not cast, Dabney Coleman reportedly auditioned for the part but did “horribly” in the audition. You may know him from the movies Tootsie or 9 to 5.

Her first movie role was in the bonafide classic 9 to 5, and the part was written especially for her pic.twitter.com/yFbd7u8QHG

Captain Jonas “The Skipper” Grumby was, once-again, perfectly cast with Alan Hale Jr., but the network was actually eyeing someone for the role.

Tom Brady is older than the Skipper (Alan Hale Jr.) was when Gilligan's Island filmed its pilot episode in November 1963. pic.twitter.com/ZRZeNqZzQY

Before Hale was hired, actor Carroll O’Connor was eyed for the role but was ultimately considered not sympathetic enough to play The Skipper. Turns out he made the perfect Archie Bunker in All in the Family and subsequent spin-offs.

It happened today… In 1971, the world was introduced to Archie Bunker when All In The Family premiered! Got a favorite episode? #THOSEWERETHEDAYS pic.twitter.com/Pn0nQY7JLK

A former Miss Nevada, Dawn Wells beat out the likes of Raquel Welch and Pat Priest, but the character of Mary Ann wasn’t even included in the pilot! The other young female’s character was named Bunny and was played by Nancy McCarthy in the pilot.

Tina Louise was eventually cast as Ginger, but Kit Smythe actually played her in the pilot.

John Gabriel as The Professor and Kit Smythe as Ginger in the original unaired pilot for Gilligan’s Island. He was deemed too young to be a professor and too good looking to be stranded on an island with 2 young unmarried women. 😆 pic.twitter.com/Iu1YzF08BE

It’s hard to imagine anyone else in these iconic roles than the actors that played them!