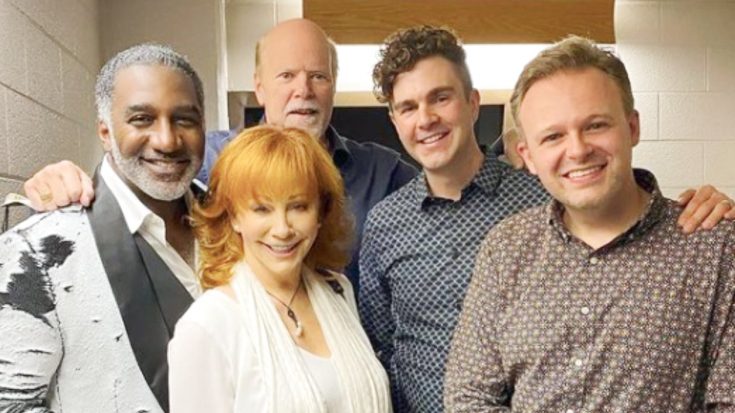 According to Lifetime, the movie will follow a marketing executive, Belle, who reunites her estranged parents. Belle’s mom (played by Reba) and dad (played by Dukes of Hazzard alum John Schneider) formerly sang together. But when their relationship dissolved, so did their musical partnership.

Belle finally gets her parents to sing as a duo again for a charity Christmas concert. The two of them also come together to help Belle get her own life back in order.

Lifetime recently shared a preview of Christmas in Tune and some of its other new holiday films. Reba posted the preview on her social media pages for her fans to watch.

“Here’s an early Christmas present for you – a sneak peek at @lifetimetv’s newest holiday movies – including mine!” she captioned the clip.

Another one of Reba’s co-stars in Christmas in Tune is actor and singer Norm Lewis. He is most well-known for being the first African-American to portray the titular character in Phantom of the Opera on Broadway.

Norm had a concert at the Tennessee Performing Arts Center in Nashville on Saturday (September 4). Reba showed up to support her co-star, and made it a date night with her boyfriend, Rex Linn.

Reba and Rex went public with their relationship last October, and have been inseparable ever since. But it had been some time since we had seen a photo of the two of them together.

So fans were delighted when Reba posted a snapshot of her and Rex standing backstage with Norm at his concert. “We had a great time listening to @thenormlewis last night at @tennesseepac!!!” Reba captioned the picture.

You can see the photo Reba shared from her and Rex’s date night below. They make such a cute couple!