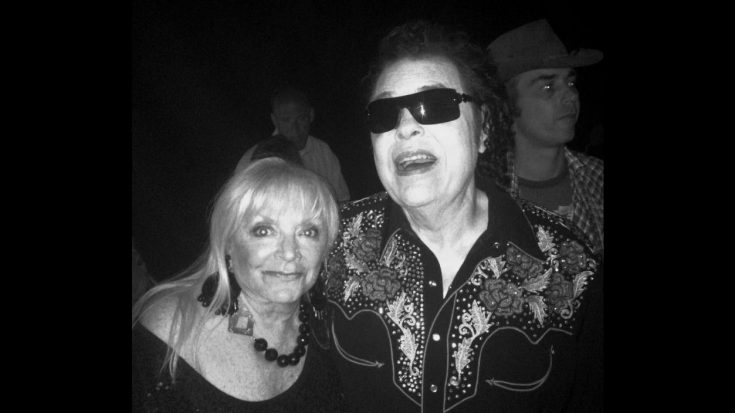 Country music legend Ronnie Milsap has lost the love of his life, his wife of over 50 years, Joyce.

Joyce dealt with some health issues in the later years of her life. A 2014 report from USA Today states that Joyce had leukemia, and was unable to attend a ceremony announcing that Ronnie would be inducted into the Country Music Hall of Fame.

Then, tragedy struck in 2019. That year, Joyce and Ronnie’s son, Ronald “Todd” Milsap, was found dead on his houseboat at the age of 49.

Now, just two years after losing his son, Ronnie has been left to cope with the loss of Joyce as well.

Rumors began circulating on Monday (September 6) and into Tuesday (September 7) that 81-year-old Joyce had passed away. Later on Tuesday, a rep from Ronnie’s record label, Black River Entertainment, spoke with Taste of Country to confirm the news of Joyce’s passing.

Ronnie himself provided a statement to the outlet, in which he fondly remembered his beloved wife:

“She was the music and the feeling inside all of those songs, so if you loved my music, you understand some of how much I loved my beautiful, beautiful wife,” Ronnie said. “It’s all in the songs, but she was even more. She was the love of my life, the mother of my son, the world’s happiest grandmother — and someone who woke up every day curious and ready for whatever adventure she could get into.”

Joyce played an active role in Ronnie’s career, and even helped him choose songs to record. She was always by his side, and loved cheering him on.

The below video shows them sharing a tender moment as Ronnie accepted the Pioneer Award at the 2002 ACM Awards.

Even though Joyce is gone, Ronnie knows she will always be with him. As he told Taste of Country,  “Blessedly/Thankfully, she’s in heaven with our Todd – and I know somehow from heaven, she’s still here with me every day, because that’s just how she was.”

Our hearts go out to Ronnie during this sad time. May Joyce rest in peace.