Reba Opens Up About Her Feelings Toward Son’s Racing Career 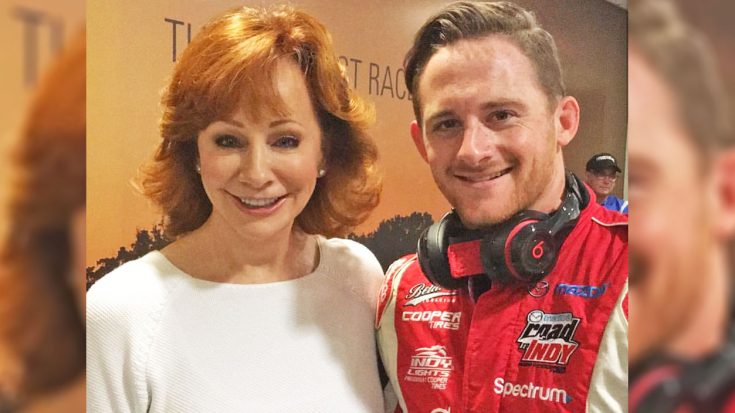 While it’s no question that talent runs deep in the McEntire family, it looks like the country singer passed on some talent to her son – just in a different fashion.

State department dinner for the #kennedycenterhonors @reba was a fun event! ?: THE @brettglam

Reba‘s son, Shelby Blackstock is the only child from her previous marriage to Narvel Blackstock. While the youngster originally planned to follow in his mother’s footsteps by pursuing music, it wasn’t long before he made a big career change. Shelby decided he was going to become a professional race car driver and Reba was less than thrilled to begin.

During a recent interview on Rachael Ray Show, Reba explained that one day Shelby came home from college and confidently told her he was ready to take a different path in life.

Reba jokingly responded until realizing that her son was serious. So, the “Fancy” singer knew she had to find a solution.

“I bribed him. I said, ‘If you will finish the year – he told me about the Bob Bondurant racing school in Phoenix – I said, ‘I’ll send you to that, and we’ll see if you’ve got any talent.’ And he did.”

Reba recalled back to the first time she watched Shelby race at Daytona Speedway.

“They drop that green flag and here they are, coming around. I was sitting there, filming him. All I could see was his car, and then underneath his helmet was this little bitty baby face. It just broke my heart.”

Reba continues, “So I went over and sat down. I was about to pass out. and Carolyn, my tour manager, came over and said, ‘Are you all right?’ and I said, ‘Oh my gosh, give me a second.’ And then I watched the rest of the race. It was all right.”

Since then, Reba has become more accustomed to her son’s fast-paced lifestyle – playing the role as his biggest fan!

#happymothersday to the best #mom a son could ever ask for @reba I love you very much! . . . #bestmomever #mothersday #spectrum #spectrumreach #momgoals #sundayfunday #ims #racingmom #reba #shelbilly #shelbyblackstock

You can watch the full interview with Reba and Rachael Ray below.

Reba McEntire said she almost passed out watching her son race for the first time at Daytona ?️?READ MORE: https://rach.tv/2w2naPC