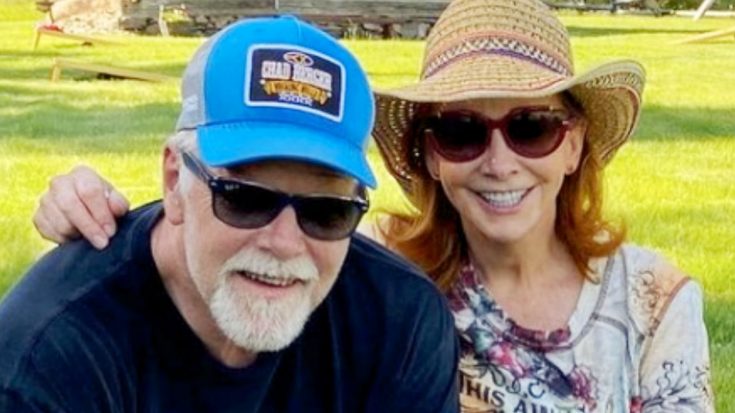 Reba McEntire has been dating actor Rex Linn since January 2020. In the months since, the couple have shared shared photos and videos, making it clear that they’re crazy about each other. In a new interview with Extra, Reba opened up about whether or not the pair have discussed marriage.

While speaking to Extra’s Alecia Davis, Reba explained why she and Linn make such a great couple.

“We do know about the music business and the movie entertainment business. He loves to work. I love to work,” Reba said. “We have a lot of similar loves and passions and we just get along so well. I’ve just very grateful.”

Davis then asked the “I’m a Survivor” singer if she and Linn had ever considered getting married. Reba replied:

“We’ve talked about it and giggled about it,” she shared. “We thought, ‘Man if we ever had a ceremony, we would have to have a 2 o’clock, 4 o’clock, 6 o’clock and an 8 o’clock ‘cause we have so many friends, acquaintances and family.”

If there’s any doubt that Reba and Rex are a match made in heaven, one needs only to look at their social media accounts. Linn recently posted a photo to Instagram in support of Reba’s new project, Revived Remixed Revisited and captioned the post: “Boy, Tater Tot sure put out a hot one today! Check out #RevivedRemixedRevisited #RexRecs.”

Reba replied with, “Thanks Sugar Tot!?.”

The interaction elicited a huge response from fans who couldn’t get over their affectionate names for each other. “You two are the cutest!” one fan wrote. Another simply commented, “Adorable.”

Hear Reba talk about her relationship with Rex Linn in the clip below.