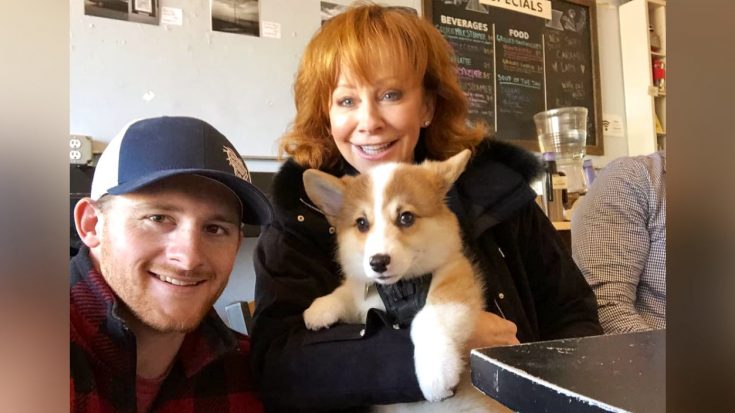 Reba McEntire recently opened up to PEOPLE about various aspects of her life and career. One topic she spoke about at length was motherhood. She has a son, Shelby Blackstock, who she shares with her ex-husband Narvel Blackstock.

Reba and Shelby shared a mother-son dance to her song “You’re Gonna Be (Always Loved by Me).”

In her interview with PEOPLE, Reba shared how she approached parenting Shelby while he was growing up:

“When we would play games or cards, I’d never let Shelby win,” she said. “He wouldn’t have learned anything that way. I always told Shelby, ‘I’ll always love you, but I want other people to like you. So don’t be a little jerk. Don’t be a spoiled brat.'”

Reba said she must have done a good job raising Shelby to be humble, because “a lot of people have told [her] you would never know [he] had been blessed with the life he was given.”

She gushed about the person Shelby is today, mentioning how “he’s always trying to improve and do better.” Reba went on to explain how Shelby made her a better person too:

“Shelby is a gift from God to me,” she said. “We’re very close. I was a very self-centered person to a degree before Shelby. But then there’s a little character who you are given the job to protect and nurture and love and teach, so all the attention’s not on you anymore.”

You can hear Reba talk more about Shelby by tuning in to the video below. It’s from her past appearance on The Rachael Ray Show when she discussed Shelby’s racing career. She’s so proud of her son!