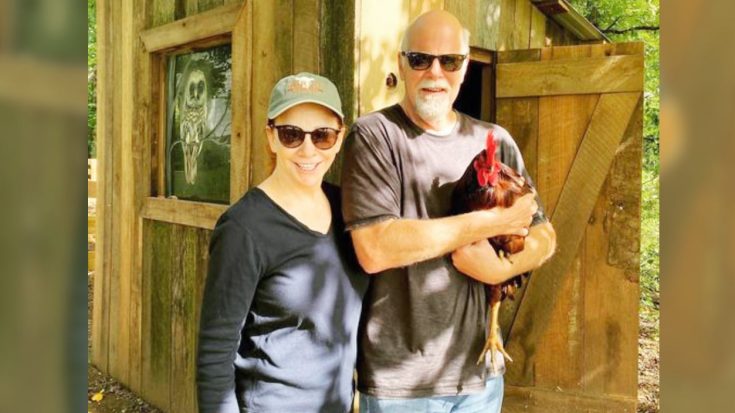 On the October 5 episode of her podcast, Living & Learning, Reba McEntire broke the news that she’s in a relationship with CSI Miami and Better Call Saul actor Rex Linn. The couple met for dinner back in January and immediately hit it off.

Linn actually shared a photo from their dinner date on his Instagram. But since he and McEntire weren’t able to see each other for a while, no one suspected they were a couple.

“Had a fantastic dinner with this Oklahoma girl,” Linn said alongside the picture. “Tater Tots and Ketchup included.”

After going public with their relationship, McEntire and Linn were able to spend some time together in Montana. The duo shared identical pictures from their trip, and also revealed their nicknames for each other.

Just a little over a week later, McEntire shared a new photo of her and Linn. The picture shows the couple standing next to each other while Linn holds a handsome rooster in his arms.

McEntire referred to her and Linn by their nicknames, saying they were “The Tots, Sugar and Tater.” She also said they’ve “taken up farming” and introduced their new chicken, whose name is “Mr. Pecker.”

It looks like McEnitre and Linn (and Mr. Pecker) are having a wonderful time together!

We love seeing McEntire happy. Learn more about her new relationship by watching the video below.