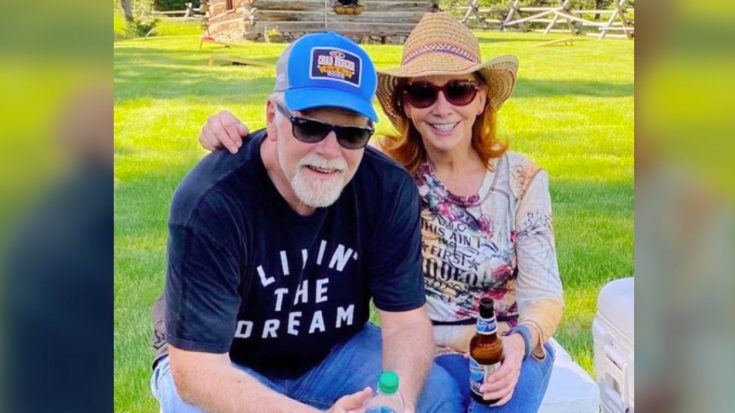 On the October 5 episode of her podcast Living & Learning, Reba McEntire shared that she has a new man in her life. That man is actor Rex Linn, who is known for playing Sgt. Frank Tripp on CSI: Miami and Kevin Wachtell on Better Call Saul.

McEntire said she and Linn met for dinner in January, and they apparently hit it off. Linn shared a picture on Instagram following their dinner date, though didn’t indicate that there was anything going on between him and the country music icon.

“Had a fantastic dinner with this Oklahoma girl,” Linn captioned the photo. “Tater Tots and Ketchup included.”

Because of the world environment, McEntire and Linn were unable to be together in person for some time after their initial date. So they kept in touch through calls, texts, and FaceTime, and have enjoyed their conversations:

“It’s good to have a person to talk to, laugh with, get into subjects about what’s going on,” McEntire said on her podcast. “Discussions about our past, our family, funny stories, him being an actor, me being an actress. And he’s very into my music. I’m very into his career. It’s just great getting to talk to somebody who I find very interesting, very funny, very smart, and is interested in me, too.”

Now, after all those months of texts and calls, McEntire and Linn are finally able to spend time together in person. From the looks of it, they seem to be having a good time!

Remember how after their dinner date in January Linn said that he and McEntire had some tater tots and ketchup? Well it appears he has adopted “tater tot” as his pet name for her!

The actor shared a photo of him and McEntire snuggled up together on a cooler and captioned it “TATER TOT. Angel on the ground (and on a cooler).”

❤️❤️TATER TOT. Angel on the ground (and on a cooler). @reba

McEntire shared the same picture on her own Instagram, and offered some context. She said the two of them were in Montana at the time the photo was taken.

Based on her caption, it appears McEntire has her own pet name for Linn that is similar to the one he has for her. “Fun in MT with my Sugar Tot!!!” she wrote.

Learn more about McEntire and Linn’s relationship and the photos they shared by checking out the video below.

It seems like McEntire and Linn are having a great time together. We wish them nothing but happiness!