Reba McEntire Recovers From COVID, “It’s Not Fun To Get This” 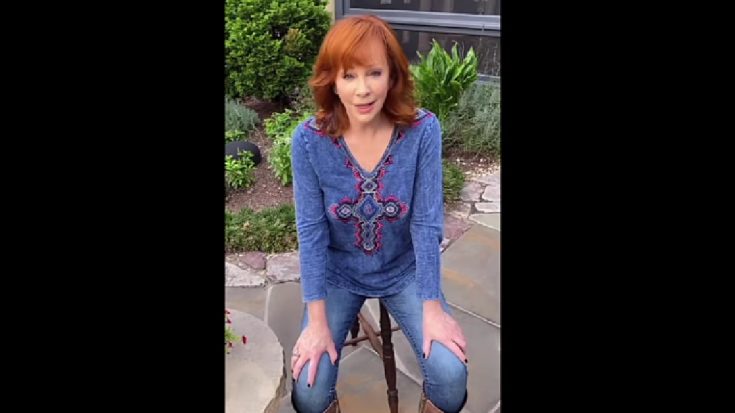 Country legend Reba McEntire and her boyfriend Rex Linn are recovering from COVID despite being fully vaccinated.

Reba took to TikTok for a lengthy live stream where she showed fans around her home, introduced them to her boyfriend and cook extraordinaire, Rex Linn, answered fan questions and sang a few songs.

During the Q & A time, the singer was asked about her plans for the next year. Reba said that she isn’t sure how the pandemic is going to affect her plans, including a return to Caesar’s Palace in Las Vegas with Brooks & Dunn, but that she is going to keep on moving forward.

“I have no idea what plans for next year are. You know, the COVID thing has really hit hard and spikes are going everywhere right now…and it’s all over the country…so we don’t have an idea. We have plans right now to go back on tour in January, February and March. We have plans with being with Brooks & Dunn at Caesars in December, the first two weeks, almost three weeks of December, but we don’t know if that’s going to go. We’re just gonna move forward, keep prayin’ that everybody stays safe and healthy, and wear your mask and just be safe.”

Later in the live stream, the “I’m a Survivor” singer told fans that she had something to say and encouraged those watching to stay safe and take precautions against the pandemic. She also revealed that she and her boyfriend, Rex, had both contracted the illness despite being fully vaccinated.

“This has been a very hard year and it’s getting rougher again,” Reba said in a TikTok live stream.“You guys, please stay safe. Wear your masks. Do what you have to do. Stay home. Just stay safe. Stay healthy. It’s not fun to get this. I did get it. Rex [Linn] and I got it and it’s not fun. You don’t feel good. We were both vaccinated and we still got it, so stay safe, stay home, and be protected the best you can.”

Reba didn’t offer any other details about her sickness, including when she had it, but both Reba and Rex appear to have recovered fully from COVID. Hear Reba talk about her bout with COVID in the video clip below, and stay tuned to hear her sing her hit song “Fancy.”