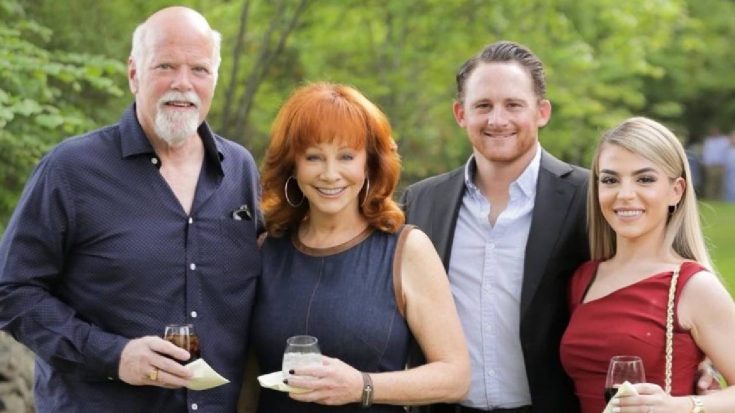 On Saturday, February 12, Reba McEntire’s only child, son Shelby Blackstock, got married to his longtime love Marissa Branch. The gorgeous wedding took place at Walt Disney World’s Magic Kingdom. They said “I do” on Main Street directly in front of Cinderella’s castle.

On Valentine’s Day, the newlyweds shared a sneak peek at their wedding video – and everything looked absolutely stunning!

As you can see in a few of the photos guests took, Shelby’s brother, Brandon (and Kelly Clarkson’s ex-husband) stood by his side as his best man. Shelby’s  mom, Reba, almost stole the show with an adorable mother-son dance to her own song “You’re Gonna Be (Always Loved By Me).”

She also performed a live rendition of “Fancy” during the reception!

Along with some guest-taken photos, some professional photos have been released exclusively to PEOPLE, including a family photo with Reba and her boyfriend, actor Rex Linn.

It's a Tale as Old as Time! Shelby Blackstock and Marissa Branch Say 'I Do' in a Fairytale Disney Wedding https://t.co/79cYvFZHe6

Reba and Rex have been together for a couple years and made their red carpet debut at the 2020 CMA Awards.