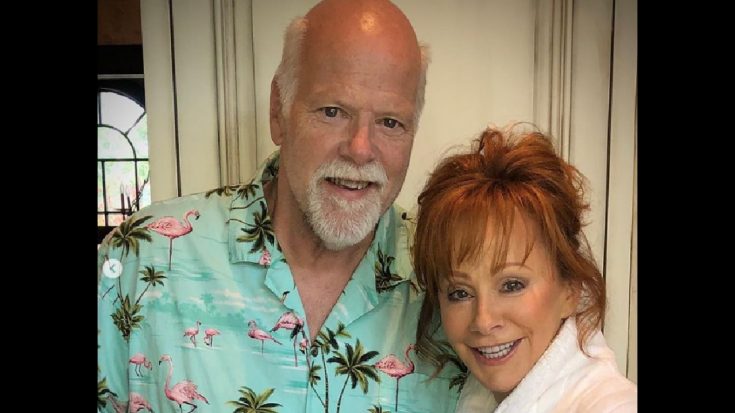 Reba McEntire found love — and a new nickname — in the midst of the crazy year that was 2020. In a new episode of her podcast, “Living & Learning with Reba McEntire,” the 66-year-old was joined by her new beau to explain the meaning behind their humorous nicknames for each other.

Reba McEntire and CSI: Miami actor Rex Linn sat down together for the podcast and dished about how their 30-year friendship developed into a romance.

“We’d talk in the morning, we started ‘Coffee Camp’ while I was staying in Oklahoma,” the country star said.

Linn added that the time difference often made for early calls, but he was all in.

“I was in California, she was in Tennessee so sometimes my ‘Coffee Camp’ started at 3 a.m. but, man, I have never missed one. I don’t want to ever miss one. They’ve all been great,” said Linn.

The couple then answered the question that all of their fans have been wanting answered. How did they come to call each other Tater Tot and Sugar Tot?

“On the menu was Tater Tots and I just went nuts because I love Tater Tots,” Reba recalled of a dinner she and Rex had out with friends. “And so, Rex is famous for giving people nicknames and he said, ‘That’s yours.'”

“My nicknames are legendary. They stick with people,” Linn added. “But I never premeditate them and they always have to present themselves.”

“That was the perfect moment. You ordered Tater Tots, you delved into them like a great white shark with ketchup,” he continued as Reba laughed. “And I just thought, that’s it. It’s ‘Tater Tot.'”

Linn’s nickname came about when Reba’s sister Susie interrupted a phone call between the couple by joking, “Tell ‘Sugar Tot’ hi for us.”

As they say, “The rest is history.” The pair have affectionately used the nicknames in social media posts ever since.