Rare Clip Of Elvis Resurfaces From The Year Before His Death 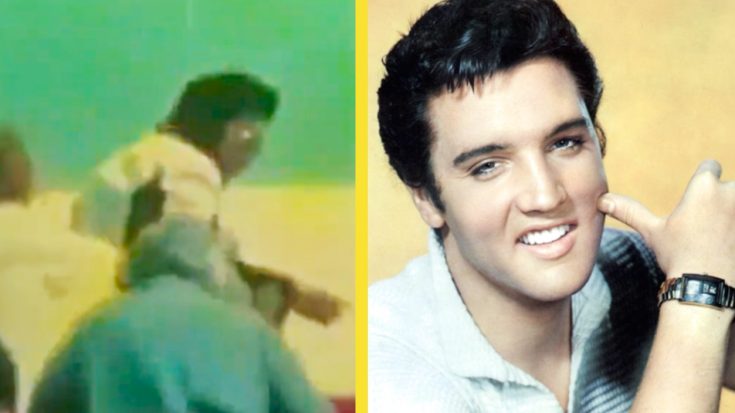 Elvis dated Linda Thompson, the former Miss Tennessee, from 1972-1976. During their relationship, Elvis spent a significant amount of time touring, and Thompson often accompanied the iconic singer on the road.

In an Instagram Story, Thompson blessed fans with rare footage of the couple boarding Elvis’ private jet, Lisa Marie, named after his daughter. A year after the video was taken, Elvis passed away of a heart attack at the age of 42.

An Elvis tribute Instagram page reposted the video and explained a little more about what fans saw in the clip. In the caption of the footage, they wrote:

“Rare footage of Elvis Presley embarking on The Lisa Marie at the Philadelphia Airport on June 29th, 1976. He and his entourage were heading to Richmond, where Elvis would held an evening concert at the Richmond Coliseum.”

In the video, Elvis wore one of his iconic penguin suits while Thompson can be seen climbing the airstair in a printed dress. The King paused to interact with fans before continuing to step into the jet.

For more on Elvis and Thompson’s relationship, check out the following video.