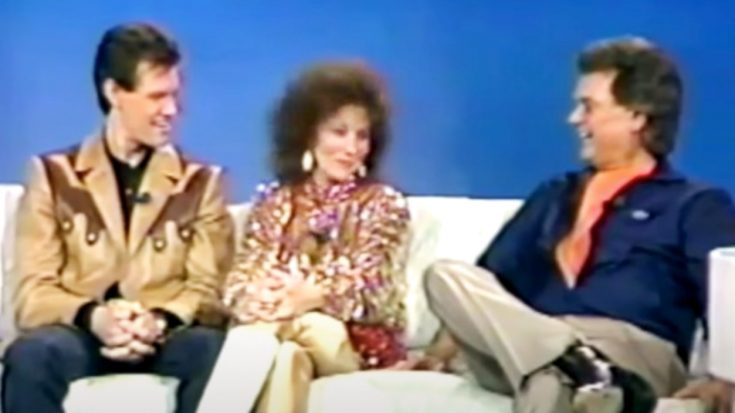 Loretta Lynn touched the lives of everyone she met. She shared close relationships with many of her fellow artists, both young and old.

She shared an especially close connection with Randy Travis.

In 1990, Travis released an album titled Heroes & Friends. The album contained duets with some of Travis’ contemporaries and his personal heroes. One of the “heroes” he included on the album was Lynn.

The two of them recorded a song titled “Shopping for Dresses,” which was written by Merle Haggard and Jimmy Dickens.

Beyond being duet partners, Travis and Lynn were close friends. So when Lynn passed away on Tuesday (October 4), Travis was heartbroken.

Travis released an emotional statement on social media about Lynn’s passing. It read:

“My roots in country music run deep because of [my] love an[d] admiration for ‘Ms Loretta.’ She was there in the ’80s, when I arrived in Nashville, to encourage me and allow me to open for her on tour… and, she was there to open for me, in Aurora, IL, in 2013, which unknowingly was my last public concert before my stroke. The years in between are each gifts wrapped in respect, admiration, awe and love — and we shopped for lots of dresses through those years!“

Travis said “an emptiness came over” him when he learned that Lynn passed away. He recognized how influential she was, saying, “I thank God that my career overlapped with The Queen’s—it’s an honor and a privilege.”

He closed his message by saying that the world will never have another Loretta Lynn. That’s for certain…

Read Travis’ full statement about Lynn’s death below. You can tell how much he misses her.