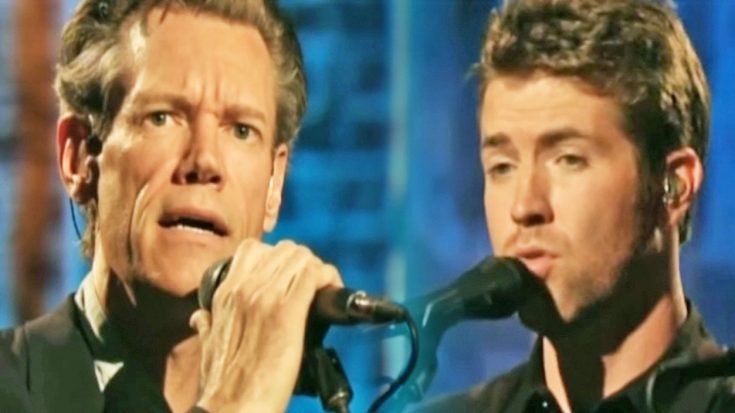 What do you get when you combine quite possibly two of the most famous baritone voices in country music? Pure magic.

Country legend Randy Travis and Josh Turner came together for a night of incredible music for the show CMT Cross Country in 2006. The show’s premise is very similar to CMT Crossroads, but instead of pairing a country star and a superstar from outside the genre, they pair a seasoned veteran with a country newcomer.

9 years ago when I inducted @randytravis_official into the Music City Walk of Fame. #TBT

During their episode, the two sang many of Travis’ iconic songs, as well as a couple of Turner’s songs and the Roger Miller classic “King of the Road.” One of the songs of Travis’ that they performed was “On The Other Hand.”

If we didn’t know any better, we would have thought that this song was written as a duet, that’s how good the performance was. They seamlessly traded off verses, as though they have been singing together for years.

Just finished up soundcheck for the #RandyTravis tribute tonight! Gonna be good!

Turner and Travis were the perfect pairing for this show, mostly because their voices are so similar, but also because they truly appreciate each other’s music.

Watch their incredible duet to “On The Other Hand” in the video below.