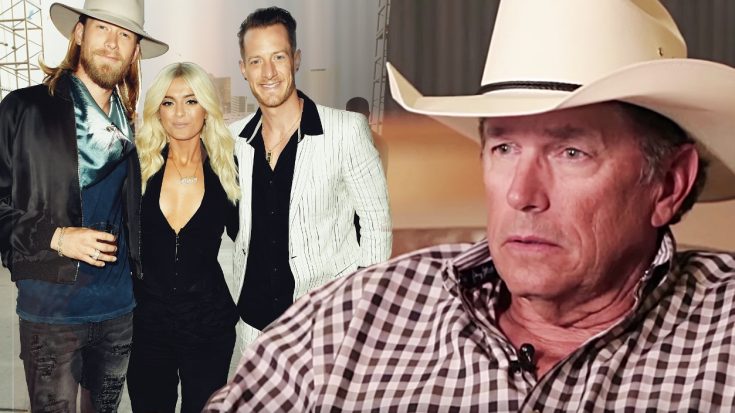 For years George Strait kept another title alongside his irreversible “King of Country Music” moniker – but it now has been seized by one of the most-talked-about country music duos in history.

On This Day In Coliseum History…

George Strait had a string of hit songs in the mid-80s that seemed to never end and included hits like “Nobody in His Right Mind Would’ve Left Her,” “Ocean Front Property,” “All My Ex’s Live In Texas,” “Baby Blue,” and many more. His time at the No. 1 spot of the country charts stayed through the course of almost four full-length albums and he easily snatched a new record for most weeks as the #1 artist.

Hard to believe, but it was 30 yrs ago today (1987) that @GeorgeStrait hit #1 with the song "Ocean Front Property" pic.twitter.com/dbyYyR17im

Now, this wildly popular country music duo and their female pop collaborator have taken over his spot in history with one of the most sensational songs ever to hit the Billboard Hot Country Songs chart!

Florida Georgia Line (Brian Kelley and Tyler Hubbard) first launched their collaboration with pop artist Bebe Rexha in October 2017 and it took off like wildfire on radio stations across the country.

BIG congrats to @BebeRexha and @FLAGALine!!! #MeantToBe has now spent TWENTY weeks at #1 on the Billboard Hot Country Songs Chart. It's the FIRST FEMALE SONG IN HISTORY to achieve this. #BebeRexha… did you ever even imagine!? pic.twitter.com/Hi1HtwZ5Ng

Overall, FGL has spent 90 weeks at the No. 1 spot throughout their career – pushing aside Strait’s massive record of 84 weeks atop the chart.

“We are absolutely blown away and extremely humbled to even be on the same chart as George Strait and some of our other heroes and country legends,” Brian Kelley told Billboard.

What do you think of this meteoric rise to stardom by Florida Georgia Line and Bebe Rexha? Are you a fan of the song?

Listen to “Meant To Be” below and sound off in the comments!