Reba Heats Up Iceland In Stunning Pic With Boyfriend 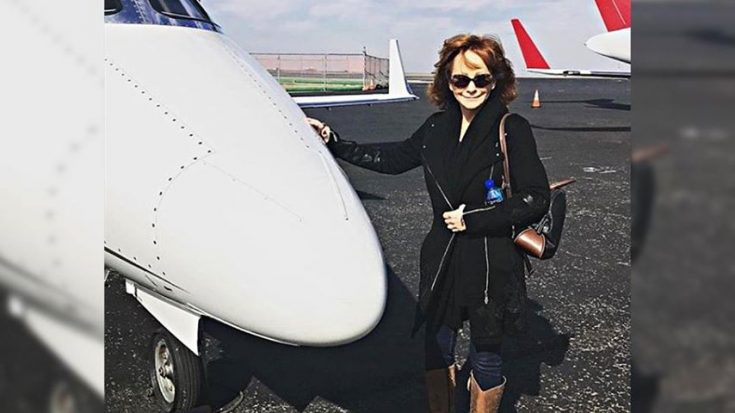 The road hasn’t been an easy one. In fact, it’s been rugged.

According to country superstar Reba McEntire, there’s been crying, screaming and shouting, but not often.

That’s what comes from being vulnerable. It can be painful. But, two years after the separation and eventual divorce from her husband of 26 years, Narvel Blackstock, Reba is dating again and finally sharing some photos!

The Queen of Country introduced her new beau at the 2018 Grammy’s while talking with ET, “My date is Skeeter – Skeeter Lasuzzo. He’s my boyfriend. We’ve been having fun.” That’s right! She even used the “B” word!

Since showing up at the event in New York together, the couple has gone global. First, the newish couple showed up together on an adventure to South Africa, where, according to Reba, they “had a blast!”

Skeeter and I had a blast in Africa! Lots of smiling faces:))) ??? #welovesouthafrica

It was strictly by accident and a blind date that turned romantic that Reba met Lasuzzo, a retired geologist and now, photographer.

Reba joined good friends Kix and Barbara Brooks in Wyoming for a getaway. The couple came up with the idea to get Kix’s best friend’s wife’s brother to show them the area. Skeeter is a photographer in Jackson Hole.

The brother turned out to be Skeeter, who was so taken with “The Queen of Country” that he asked her out on a date next time she visited Jackson Hole. The rest, as they say, is history.

This coincidental meeting set off a whole series of adventures for Queen Reba.  After South Africa, the newly coined couple showed in in Iceland.

What an incredible trip! Skeeter and I had a blast in Iceland! I highly recommend it! #GoSeeIceland

Sharing a photo from their recent trip together to Iceland, the country of contrasts, Reba and Skeeter (what a perfect name for a beau of country queen Reba) pose, resting arm on arm atop a row of rugged rocks.

“What an incredible trip,” Reba glowed.

Wherever the couple decides to wander, there’s one thing we can all agree upon: Reba looks good in love.

Enjoy Reba’s velvety voice and electric presence in her video, “Somebody.” Think she’s found her “somebody?”