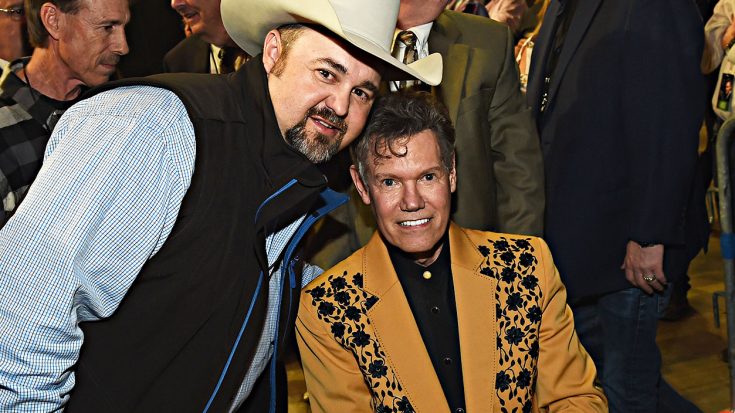 The country legend mourned the tragic passing of his dear friend and collaborator in a statement that was filled with deep emotion and great memories.

Randy Travis and Daryle Singletary worked together throughout Singletary’s career and Travis was an instrumental part of his success as an artist. As news of Singletary’s death spread across the world, Travis looked back on their incredible history together.

“I love Daryle Singletary’s heart and soul,” Travis said in a statement. “For life, for others and for true country music … He is one of the best and made me a better artist.“

Legend has it that Singletary penned letters to all of his favorite country artists when he moved to Nashville in the 1990s – and one of those made its way to Travis’ door. Several of Travis’ band members spotted him playing at a local bar and encouraged Travis to check him out.

Singletary’s debut album was co-produced by Travis and included two incredible hits of his career, “I Let Her Lie” and “Too Much Fun.”

“Co-producing his first LP was a highlight of my career,” Travis continued. “My love and prayers are sent to Holly and the family. Thanks for the memories, brother.”

Singletary was just 46 years old at the time of his passing on February 12th, 2018. He recently honored Travis with a tribute performance of “A Few Ole Country Boys” alongside Mark Chestnutt during Travis’ induction to the Country Music Hall of Fame.

Watch Daryle Singletary’s video for “I Let Her Lie” from the album he and Travis worked on together.