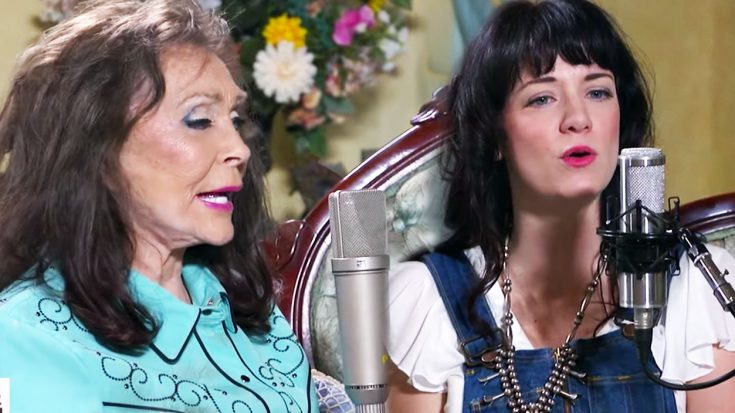 Sitting in the living room of her famous Hurricane Mills ranch, this beloved country legend and her fellow country singer sat down for a chilling acoustic performance, unlike anything you’ve heard in recent years.

Out promoting her album, Highway Queen, rising outlaw singer Nikki Lane joined one of the biggest names in country music, Loretta Lynn, for a duet during filming of CBS This Morning which aired in April 2017.

Pairing these two talented voices together was a decision that produced nearly magical results when they sat on a love seat with a sleeping dog in between them and enchanted viewers with a two-part rendition of Lynn’s chart-topping hit, “Don’t Come Home-A-Drinkin’.”

Of the encounter with Lane, Lynn opened up about how deep their connection was, saying, “I felt like we always knew each other.”

Watch this unforgettable performance of Lynn’s memorable hit song below and let us know what you think in the comments!