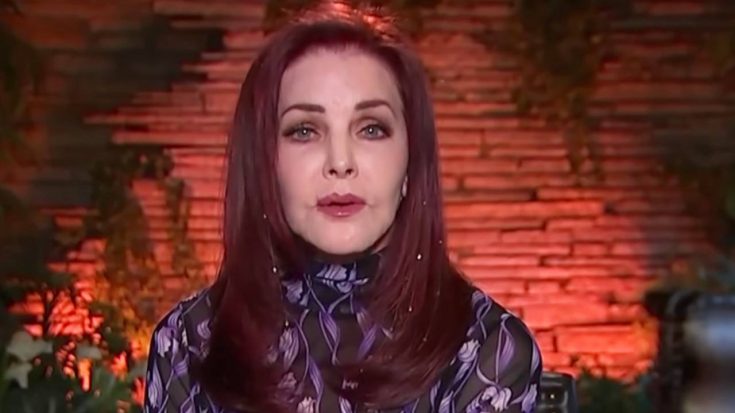 In 1985, Priscilla Presley released a biography entitled Elvis and Me. It detailed her life with Elvis from meeting him in Germany, to moving in with him, to marriage, a child, divorce, and ultimately, his death.

Just letting you know that my memoir ELVIS AND ME releases today in audio and e-book for the first time. The audiobook is narrated by me, and I hope you will enjoy listening to my story of life and love with Elvis. pic.twitter.com/nho2MAyxcN

In 1988, it was made into a television movie with Dale Midkiff as Elvis and Susan Walters as Priscilla.

In a surprising announcement on September 12, 2022 it was announced that Oscar-winning filmmaker Sofia Coppola is set to direct an upcoming movie titled Priscilla. It is based on Priscilla’s book Elvis & Me – which Coppola herself adapted for the big screen.

Not only was it announced that a movie will be made, but its stars were also revealed. On the Basis of Sex actress Cailee Spaeny will play Priscilla and Euphoria star Jacob Elordi will be playing Elvis. According to Deadline, Spaeny was always Coppola’s choice for Priscilla, and Elordi was picked after testing out lots of actors.

Fans of Elordi will know that he has the looks for this role and apparently, Coppola thinks he’s got the acting chops! For Halloween in 2020, Elordi and his then-girlfriend Kaia Gerber (daughter of Cindy Crawford and Rande Gerber) went as Elvis and Priscilla!

Elordi celebrated his casting, and the movie’s news by sharing a black and white photo of Presley with the caption, “E.”

They are currently filming Priscilla. See photos below.

The more I see of Jacob Elordi as Elvis the more I wanna scoop my eyes out. pic.twitter.com/SfmUXdI783

Jacob Elordi as Elvis Presley on the set of Sofia Coppola’s ‘Priscilla’ pic.twitter.com/lnxv2UjjY0

Jacob Elordi and Cailee Spaeny as Elvis and Priscilla on set of Sofia Coppola’s “Priscilla” pic.twitter.com/S0V72SlovE

Finally, Priscilla Presley herself has spoken about the casting of Elordi as Elvis…just a few months after the the Baz Luhrmann film Elvis was a smash-hit among fans and critics alike.

Priscilla walked the red carpet at The Governors Awards with Luhrmann and she was asked about the upcoming film. When asked, “How is Jacob as Elvis?” Priscilla seemed a bit skeptical.

She said, “You know, he’s a great actor. He’s a great actor, and I can only imagine him being a nervous wreck like everyone else is. But, I love Sofia. I love her film work, and I think it’ll be fine… I hope!”

Luhrmann added, “To me it’s like, they’re a royal couple, and with any royal story, there’s just so many layers to tell, so I personally am dying to see that movie.”

So, there’s proof that there is no bad blood on Coppolla seemingly piggybacking on Luhrmann’s movie success.