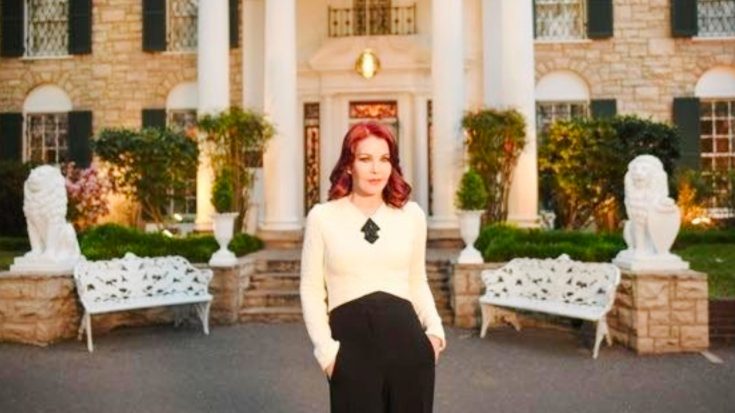 Priscilla Presley became a household name when she married The King of Rock and Roll on May 1, 1967. They became parents to Lisa Marie on February 1, 1968 and even after their 1973 divorce, the two remained incredibly close until Elvis‘ untimely death in 1977.

In May 2019, Priscilla put her home in the Brentwood area of Los Angeles on the market. According to Zillow, it sold for $3.8 million.

The 4 bedroom, 3 bathroom home has been on the market for only a couple of days and it is gorgeous…

A little over a year later, it seems that she is unloading yet another property.

The Los Angeles Times reports that Elvis’ ex-wife is selling her “longtime home” for $15.995 million, though the report didn’t mention how long she owned the property. The home, which is described as a “rustic Italian villa-style mansion” sits on an acre of lands that includes a security gate, brick patios and walkways, fountains, garden, and vines.

The mansion also boasts 7 bedrooms, 8.5 bathrooms, a library/den, pool, tennis court, and a separate guest suite above the garage. According to the Los Angeles Times, the listing is held by Jonah Wilson of Hilton & Hyland, a luxury real estate brokerage. Hilton & Hyland handled the sale of her Brentwood home.

Take a look at a slideshow of photos of the property here.