Priscilla Presley Has A Son That Millions Never Knew Existed 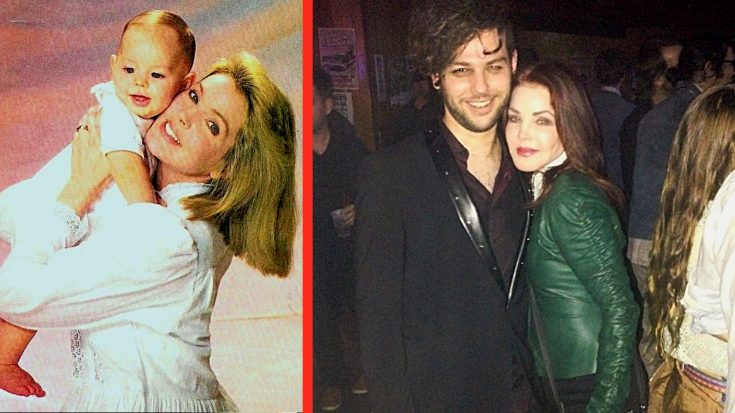 While most people (who aren’t living under a rock) know exactly who Priscilla Presley and Lisa Marie Presley are – many millions still have no idea that Priscilla also had another child decades ago.

Elvis with his wife Priscilla and daughter Lisa Marie, 1969 pic.twitter.com/tVvFZB7nXa

Priscilla was married to music icon Elvis Presley for just under six years from 1967 until their divorce in 1973. While they were married, they welcomed a daughter – Lisa Marie. To this day, many think that the family tree stops branching out there and just continues through Lisa Marie’s four children.

But, truth be told, Priscilla also gave birth to a baby boy a number of years after Lisa Marie…

After Elvis’ tragic death in 1977, Priscilla eventually began dating an entrepreneur and film director named Marco Garibaldi. They met in 1984 after a mutual friend recommended Garibaldi as a screenwriter for a new project. The pair were together for 22 years before splitting in 2006.

While Priscilla and Marco never married, they did welcome one single child into the world – a son they named Navarone Garibaldi.

Priscilla with Navarone and Lisa Marie (Mommy) with Me. pic.twitter.com/NGK9Ozgs

At the time Priscilla gave birth to Navarone in 1987, his half-sister Lisa Marie was 21 years old and she gave birth to her first daughter just two years later. If you weren’t keen on the family at the time, you could easily have mistaken the two Presley women as sisters – especially since they were toting around toddlers near the same age.

Now 32 years old, Navarone is the lead singer of a rock band called Them Guns and regularly performs shows at smaller venues in the U.S. like The Viper Room and The Troubadour. One of the members has described the band’s sound as “…a rock base, a tinge of surf/ska vocals, and funked-out keys, a sound to satisfy the traditional, to alternative, to psychedelic rock music enthusiasts… birthed from the barrels of Them Guns.”

Over the years, Priscilla has been incredibly supportive of Navarone’s musical aspirations and has shared photos of her and him after a show or two along with other candid shots of them spending time together.

The main reason many people aren’t aware of who Navarone is or the fact that Priscilla even has a son is partly due to how far apart he and his half-sister are, but also because he kind of keeps to himself and does not carry the Presley name. Making the association would require a small amount of research.

On top of this, much of Priscilla’s life and interviews in recent years are focused on her life with Elvis and the world’s immense fascination with that. In interviews discussing Elvis, she doesn’t mention Navarone ever – because he was a part of a whole new chapter for her after Elvis passed.

See several of her photos with Navarone below and let us know if you already knew of Navarone in the comments.

Can't wait to see everyone tonight at the Troubadour at 9 pm to see @ThemGuns ! Don't forget that the first 25 get in FREE, just ask for Jessica.

Me and my son Navarone with his baby Ling Ling.

Posted by Priscilla Presley on Sunday, May 4, 2014