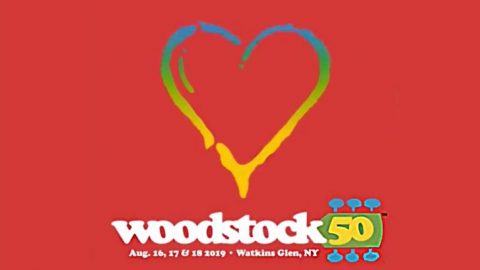 If the Woodstock 50 festival ever happens, it will now be free for people to attend.

The festival, which is meant to celebrate the 50th anniversary of the famous Woodstock Festival in Bethel, New York, was supposed to be a three-day event from August 16-August 18. Performers on the bill included a mix of newer artists like Jay-Z and Miley Cyrus, as well as Woodstock veterans such as CCR’s John Fogerty.

Tickets were supposed to go on sale in April, but never did. And the festival was supposed to take place in Watkins Glen, New York, but its permit was denied by the New York State Department of Health. That denial prompted investors to pull their support from the festival.

Organizers chose a new venue, and settled on Vernon, New York. But on July 16, the city unanimously voted to deny the festival’s permit for that location as well.

Now, the troubled festival is supposed to take place at the Merriweather Post Pavilion in Maryland, which is hundreds of miles from its original location.

After news broke that Woodstock 50 had been denied its permit in Vernon, Fogerty became the first artist to back out of the festival. Jay-Z and Dead & Company later followed suit.

First John Fogerty, and now it appears Jay-Z may also be pulling out of the 50th anniversary Woodstock festival. https://t.co/xxuGSLUn3u

Then, in a new and bizarre twist, Woodstock 50 announced that its tickets would finally be made available…for free.

The spokesperson went on to describe how fans can go about getting the tickets:

“Tickets are for a single day,”  the spokesperson said. “Tickets will be distributed through HeadCount, participating artists’ foundations and local charitable partnerships in D.C. and Baltimore.“

But those who do turn up to the festival (if it happens), may not have anyone to watch. In another odd twist, Billboard reports that Woodstock 50 released all artists from their contracts to perform at the festival, meaning that none of them are legally obligated to show up.

It seems that artists are taking advantage of that new freedom. Original Woodstock veterans Country Joe McDonald and John Sebastian became two of the newest artists to back out of the festival. The pair spoke to The Baltimore Sun about their decision:

“I have no airfare booked. I have no hotels. I have nothing planned,” McDonald said. “I’m not interested in getting on a ship that’s sinking, and I don’t see any indication that this ship is not sinking.”

Only time will tell if more artists will follow McDonald and Sebastian’s lead and back out of the festival as well.

What do y’all think of these latest developments in the Woodstock 50 saga? Do you think the show will go on, or do you expect it will be canceled?