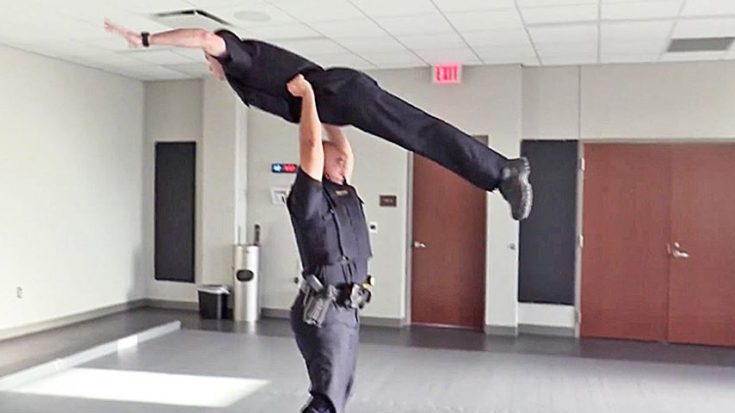 The evidence is overwhelming. The viral lip-sync battle that pitted Texas police departments against one another in a hilarious battle for celebrity status has swept the nation.

Where It All Began

At home where it all began, in the Dallas/Ft. Worth metro area, the Grapevine Police Department recently entered the fray with an unforgettable (you have to see it) performance to “Footloose” and a couple of other songs from the iconic movie, Flashdance.

And, yes, the “Dirty Dancing” part is a must-see!

The Guardians of Grapevine who promise to serve and protect their citizens, threw down the gauntlet in true dramatic fashion with a warning on their official Facebook page:

“Okay, Grapevine. You asked for it, and now you shall receive. Feast your eyes and sing along to our medley.#NobodyPutsGrapevinePDInACorner“

The officer, detectives and records clerk combine to create memorable scenes from the three timeless film classics. No one has said for sure how many hours of practice the performance entailed, but the resulting goodwill and humor shared in the community and across the nation is immeasurable.

The fans continue to comment, offer accolades and share with their friends. Some even boasted that “their department has more ‘likes’ than yours.”  It’s a modern-day showdown.

After posting their imaginative and unparalleled performance, the officers of Grapevine thanked their fans:

“From Australia to Germany, we’ve heard from people around the world cheering us on for the #LipSyncChallenge. Now at 3.4 million views and climbing, we want to say thanks to everyone writing in. Officers can face so much stress on a given day, things like this go a long way in keeping their spirits up. We are so fortunate to serve Grapevine and be part of this awesome community!

You’ll never be able to look a police officer in the eye without this coming to mind.

Take our advice, though, it would probably be best if you didn’t break into song and dance if you’re pulled over for speeding. You just might get a citation for improper lip syncing and a failure to remember the lyrics.

Watch this team from Grapevine as they put on a show heralded by millions as one of the best. What do you think? Have you seen others?