‘Can’t Help Falling In Love’ Gets Makeover By Former One Direction Member, Zayn 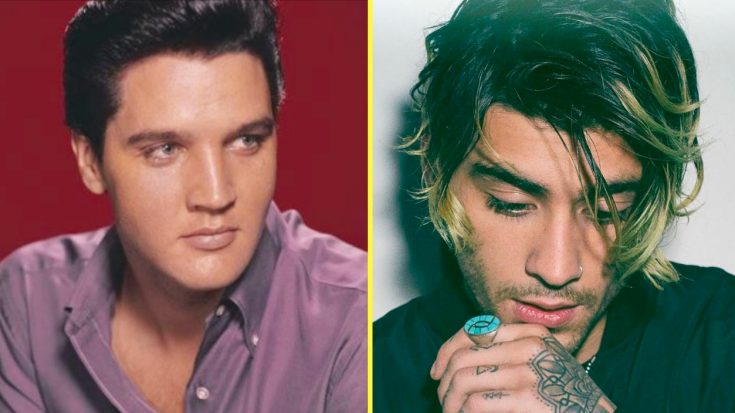 The legendary Elvis Presley released “Can’t Help Falling in Love” about 32 years before former One Direction band member, Zayn Malik, was even born.

Still, the English-born pop singer who shortened his name to just Zayn, picked the iconic tune to re-imagine and release as a cover song in 2018.

What Would You Call It?

Some reviewers call it sleek and slinky with a manipulated tempo. Others have dubbed it woozy and haunting.

Out of the blue, or in this case, out of the Blue Hawaii, Elvis’ album from which Zayn plucked the song, the British pop star chose to deliver the same lyrics that crossed the lips of Elvis, but in a much different manner.

In the film, Blue Hawaii, Elvis sang the famous love ballad to his grandmother accompanied by the metallic plinks of an Austrian music box.

“Can’t Help Falling in Love” eventually became known as Elvis’ closer. It was the final salute, the sign-off and final song of most of his concerts. As you might expect, Elvis’ velvet-like lyrics left an impression on the audience, one that lingers still today.

Zayn surprised his fans with the unannounced release of Elvis’ most popular and famous love song without any indication of whether it will be included on his upcoming second album. No one would’ve guessed in a million years this would’ve been his next song of choice.

Elvis’ “Can’t Help Falling in Love” remains his most covered song. Among the many who recorded it are Andy Williams, Al Martino, Bob Dylan, Shirley Bassey, The Stylistics and U2.

What would Elvis think of this bluesy cover by Zayn? What’s your opinion? We’d love to get your opinion on this!  Is it a hit in your book?