Marie Osmond Asks Everyone To Pray For Her Brother 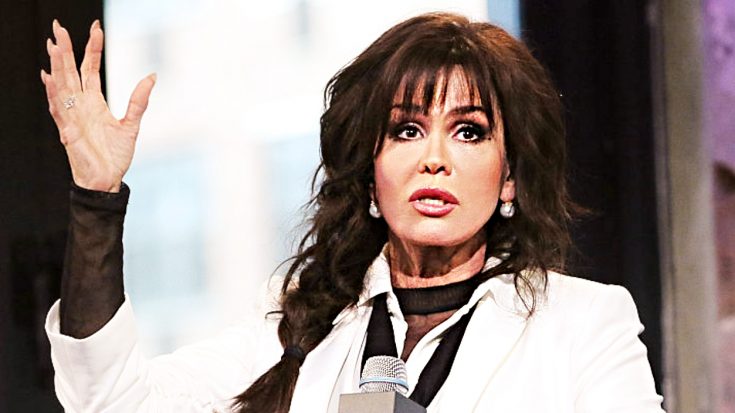 Osmonds Keep Music In The Family

It’s not at all uncommon for multiple members of the same family to enjoy successful careers in the music industry. Just take sisters Loretta Lynn and Crystal Gayle as examples, or parent-child singers such as Naomi and Wynonna Judd.

Some families contain so much musical talent that they are able to form a full-on group. The Jackson 5 is one of the most well-known examples of such a group, as it was comprised of five siblings.

Another famous family singing group that was active around the same time was the Osmonds. Originally comprised of brothers Alan, Wayne, Merrill and Jay, the group later gained the additions of younger brothers Donny and Jimmy.

While the group’s size made it seem like every Osmond sibling was part of it, that wasn’t the case. Although she was a singer as well, daughter Marie never worked with her brothers in the group. But she did enjoy a successful solo career, with one of her most notable songs being “Paper Roses.”

However, not everyone knows that Marie wasn’t the only Osmond family member to not get involved with the family group. It turns out that her two oldest brothers, George “Virl” and Tom did not originally perform with them either. Reason being? Because they both were born deaf.

Eventually, both Virl and Tom learned how to play instruments, and made a select number of appearances with the Osmonds. They are most recognizable from their appearances on the family’s Christmas specials in the 70s and 80s.

But for the most part, Virl and Tom have remained out of the spotlight. In fact, Tom worked for the United States Postal Service for 28 years before he finally retired in 2014.

Marie Reaches Out On Tom’s Behalf

Unfortunately, Tom has been unable to enjoy his retirement recently due to some severe health issues. Marie briefly detailed those issues in a Facebook post she shared on Sunday (July 8), saying he is “currently facing the fight of his life.”

According to Marie, Tom just underwent a major surgery, and is in urgent need of prayers:

“But this weekend, love and prayers go out to Tom, his wife Carolyn, their children and grandchildren, as he struggles on life-support from his quadruple bypass surgery.”

As Marie explained, the doctor “is not sure” how Tom will recover following his surgery. However, Marie is maintaining hope that he’ll be able to pull through and be healthier than ever before.

It’s clear that Marie is leaning heavily on her faith to help her through this, as she writes:

“My greatest wish for him is to enjoy a second chance at life and have many more years on this earth with his family, but the Lord’s plan will always be done and I am comforted to know that no matter what happens, our bond is eternal and families are forever!”

My deaf brothers are truly my heroes. Can you imagine being born into a family of singers? I was always amazed by their…

We join Marie in praying for Tom’s quick and complete recovery following surgery. Our prayers also go out to the entire Osmond family as they comfort him throughout his recovery.