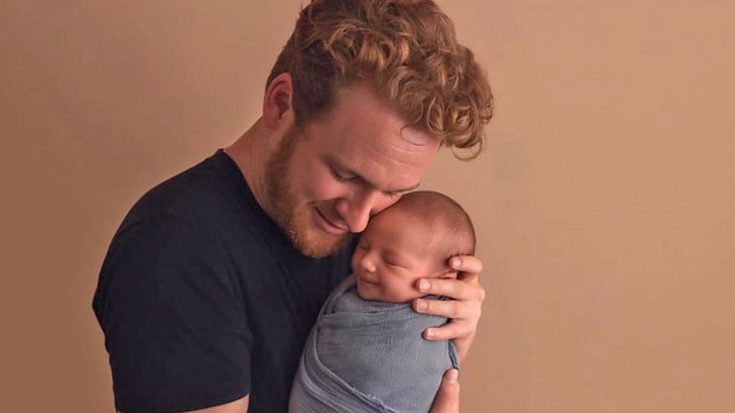 The Haggard prodigy is growing! On June 29, 2018, Ben Haggard – the son of country legend Merle Haggard – and his girlfriend, Jeyda Beyzade welcomed their firstborn son, Liam James. The couple has shared several photos of the beautiful baby boy as he is quickly growing! In celebration of his 5 months, Jeyda posted an album of precious pictures we can’t get enough of.

Ben is a singer/songwriter himself, following in his father’s musical footsteps. Ben started playing in his teen years with his Merle’s band, The Strangers. The young Haggard toured with his father playing lead guitar as well. Since then, Ben has done several collaborations with country stars in hopes to keep his father’s spirit alive forever. With his father as his influence, Ben has continued to make his own music.

The couple has posted a series of different photos and videos proving that mini Haggard might just be the happiest baby in Nashville. From his pumpkin patch photo shoot to his cozy lion Halloween costume, Liam James has no plans of slowing down! For his five-month birthday, Ben and Jeyda posted the sweetest pictures of the little guy sporting a striped yellow and black onesie.

One photo even shows a close up of Liam and his dad, looking like a spitting image of one another!

Congrats to this blooming family. We wish you all the best!

Happy 5 months to this little?⭐️