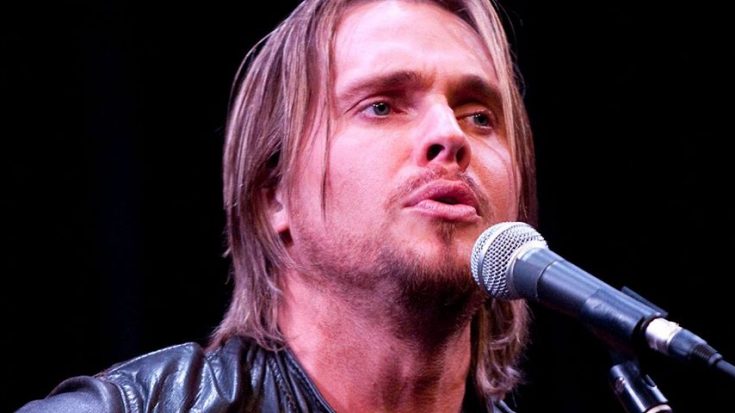 Your ears may tell you it’s Conway Twitty, the legendary country star who scored 55 number one hits before his untimely death at age 59. But, your eyes will tell you otherwise.

In reality, it’s Glen Templeton, whose voice is as close to Conway Twitty as we’re ever going to get again. In fact, Templeton has previously portrayed Twitty in the stage musical titled The Man, The Myth, The Musical.

Templeton, who released his first single, “I Could Be the One” in 2011, is deeply involved in singing country, but still remains unsure whether he chose this specific genre of music or it chose him.

Templeton says his bosses got tired of him showing up for work “bleeding through the eyes from being out singing and playing music the night before.” Sooner or later, he got fired. And, the more jobs he lost, the less professional the next job would be.

“One day you’re working at the Chevrolet garage or running heavy equipment and the next thing you know you’re digging ditches by hand with a shovel. That’s why I say I think country music kind of chose me. It just kept pulling on me, no matter what the cost was at the time.”

He Traded His Shovel For A Guitar

In 2008, Templeton’s life changed big time. Twitty’s daughters hand picked him to play the their iconic father in the touring musical tribute, Conway Twitty: The Man, The Music, The Legend.

According to The Calhoun Times, with more than 20,000 hopefuls auditioning for the part, Templeton was the one with THE voice. His gravelly delivery had the same qualities as Conway’s.

Walking In The Shoes Of A Musical Hero

“I was singing his songs and hearing people react to them the way they must have reacted to him,” Templeton fondly recalled. “In a way, it was like getting a chance to literally walk in the shoes of one of my musical heroes.”

Now, if we can just get  Loretta Lynn and Glen Templeton to sing a duet of “Louisiana Woman, Mississippi Man,” our dreams will have all come true.

Shut your eyes and listen to Templeton sing “Goodbye Time,” released by Twitty in 1988. It’s almost like having him back again.

What do you think of Glen Templeton’s cover of Conway Twitty? Bring back any memories?