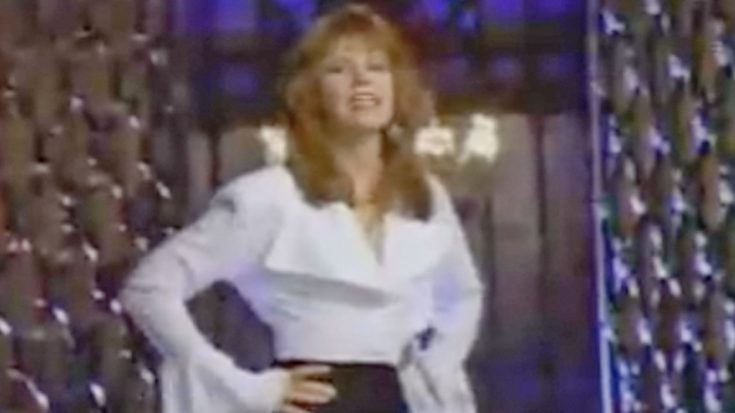 In 1992, country singer Patty Loveless underwent corrective throat surgery to remove an enlarged blood vessel on her vocal cords. She wasn’t allowed to talk or sing for nine weeks and communicated using a pen and Post-It notes. On her 36th birthday, January 4, 1993, she returned to the Grand Ole Opry for her very first performance since her surgery.

While her voice was not the same as it was before surgery, she now had a deeper and fuller sound, which actually helped her career! The first album she released post-surgery was 1993’s Only What I Feel, which included the anthem “Blame It On Your Heart.”

She released “Blame It On Your Heart,” which was written by accomplished songwriters Harlan Howard and Kostas, in April 1993 as the first single off the album Only What I Feel. The song charted for 20 weeks and reached the number one spot on the Billboard Hot Country Songs chart the week of June 19, 1993.

The music video starred Golden Globe-nominated actor David Keith, who is most recognized for his portrayal of Sid Worley in An Officer and a Gentleman. You also might remember him from the movie Heartbreak Hotel – he played Elvis!

In the video, Keith plays the ex-boyfriend of Loveless who did her wrong. She sings that he has a “lying, cheating, cold dead beating, two-timing and double dealing, mean mistreating, loving heart.”

The video begins with Keith pulling up to his home he shares with Loveless and she is throwing his stuff from the second-story balcony. After trying to plead with her to stay, she officially walks out on him. He chases her in his fancy car, but she was having none of it!

In the second chorus, she sings that she hopes someone does to him what he’s done to her so he knows how it feels, but to never call her up asking for sympathy when it eventually does happen. It’s the perfect anthem for any woman who is trying to get over their ex.

Watch Loveless’ music video for “Blame It On Your Heart” below.