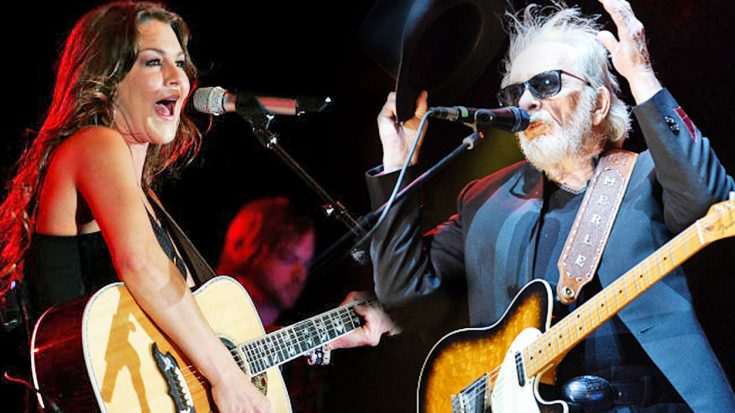 Gretchen Wilson teamed up with late country music legend Merle Haggard for the riotous country tune “Politically Uncorrect,” the song waging a war on the trend of political correctness in society at the time of its release. Through a series of untamed lyrics, Wilson and Haggard stood up for their beliefs and the blue-collar lifestyle.

“Politically Uncorrect” was released by Wilson as part of her 2005 album All Jacked Up. The album flew off the charts landing at No.1 in its first week. Wilson released four singles off the album including “All Jacked Up” and “I Don’t Feel Like Loving You Today” all of which found a spot on the country chart. The album went platinum in the U.S.

13 years ago in my music history Gretchen Wilson's "All Jacked Up" debuted at #1 on the Billboard country albums chart. #MusicIsLife

Her rockin’ duet with the country legend, “Politically Uncorrect” earned Wilson and Haggard a Grammy nomination for “Best Country Collaboration with Vocals.” While Wilson was peaking in her career, having an unforgettable song with Haggard only added to the fire. These two know how to show fans a good time that’s for sure!

Just one year later, we lost the legend on his 79th birthday. Nonetheless, songs like these help us remember the incredible mark he left on the country music world!

You can hear “Politically Uncorrect” below.