Patsy Cline’s “Walkin’ After Midnight” Gets The “Kellyoke” Treatment 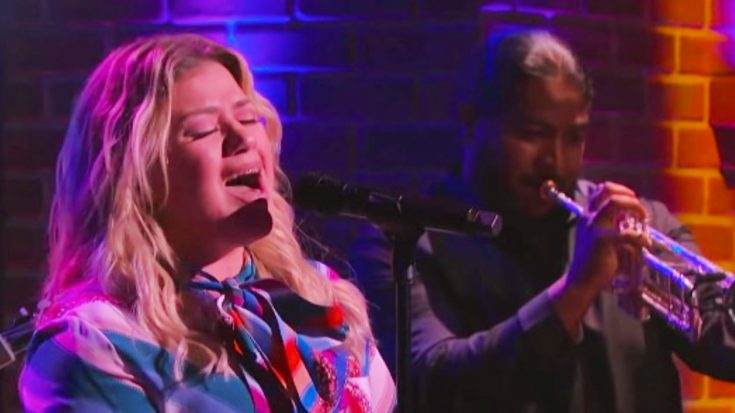 One of the most iconic songs in country music history is Patsy Cline‘s “Walkin’ After Midnight.” The track, which was written by Alan Block and Donn Hecht, was released in 1957 after Cline sang it on the TV program Arthur Godfrey’s Talent Scouts.

Her performance was so well-received, her recording of “Walkin’ After Midnight” was released earlier than originally planned. It debuted in February 1957, and went on to become a #2 hit on the Hot Country Songs chart.

Numerous artists have covered “Walkin’ After Midnight” in the years since its release. Some notable covers have been performed by singers such as Garth Brooks, Terri Clark, and Bryan Adams.

Kelly Clarkson is another artist known for her cover of “Walkin’ After Midnight.” She has performed the song many times, and included it in her 2009 tour set.

When introducing the song prior to a performance in Missouri on Halloween, Clarkson said her stepdad used to play it all the time when she was a kid. She then explained that she has her own way of singing “Walkin’ After Midnight,” which is a bit bluesier than how Cline did it.

Now, years later, a whole new audience has been given the chance to hear Clarkson’s rendition of “Walkin’ After Midnight.” That’s because she chose the song to feature in the “Kellyoke” segment of her talk show.

Just like she did for her live shows in 2009, Clarkson changed up the song’s arrangement to give it a different vibe. We’d go so far as to call her “Kellyoke” version jazz-like in style, especially since she had a trumpet player accompanying her.

Tune in to the video below to hear Clarkson’s own interpretation of “Walkin’ After Midnight.” We bet her version is unlike any other you’ve heard before!