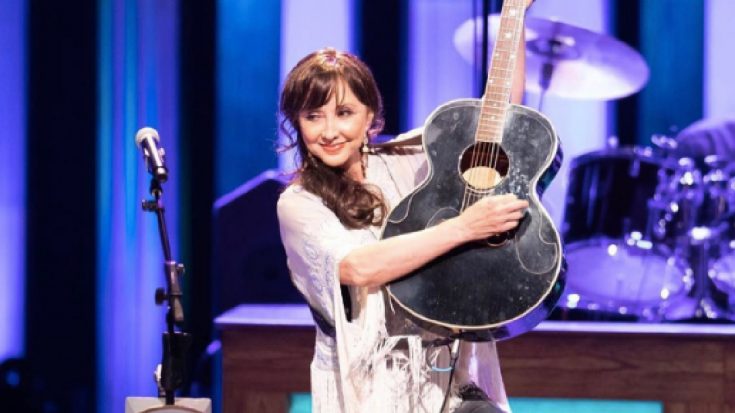 Pam Tillis, ’90s hitmaker and daughter of country music legend Mel Tillis, is recovering after “a nasty tumble” that caused a hand injury.

Tillis shared the details of her injury on social media saying, “Took a nasty tumble with a clip board in my hand. 2 broken bones and 10 stitches later I’m gonna have to do everything with the hand I never do much with. Steep learning curve! I won’t be playing guitar but I’ll keep on singing!”

Tillis still plans to appear alongside Lorrie Morgan in Springfield, Missouri, on Friday, September 24, for their wildly popular Grits and Glamour Tour. The pair teamed up in 2009 for the tour where “they add tight harmonies to each other’s material, classic songs like Tillis’ ‘Maybe It Was Memphis,’ and ‘Mi Vida Loca,’ and Morgan’s ‘Something In Red’ and ‘Except for Monday’ as well as new and original music from more recent recordings.”

Pam Tillis was one of the most successful female artists of the 1990s with multiple CMA award wins, including being named Female Vocalist of the Year in 1994. She was also nominated multiple times for Grammy’s Best Female Country Vocal Performance:  “Maybe It Was Memphis” (1993), “Mi Vida Loca” (1996), and “All The Good Ones Are Gone” (1998).