Conway Twitty’s #1 Song, ‘I May Never Get To Heaven’ Was An Aretha Franklin Song 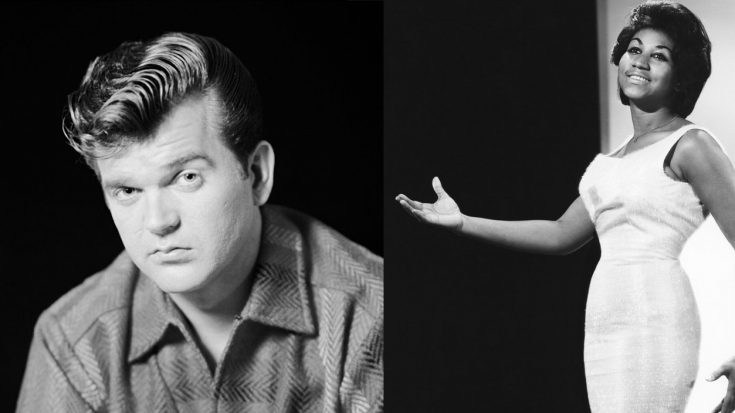 Conway Twitty’s famous song, “I May Never Get To Heaven” was released in 1979 but its history dates back almost two decades earlier…

Written by friends – Bill Anderson and Buddy Killen – the song was about Anderson’s college heartbreak.

He told Rolling Stone,“I was living in Nashville, but I really hadn’t moved here to stay,” Anderson would say later. “I had to leave and go back home to Georgia and finish some college courses that I thought I had finished but I found out that I hadn’t. And I’d been dating this girl and we’d broken up and I was just sittin’ around my little one-room apartment just thinking about our relationship. That lyric was pretty much right from the heart. ‘I may never get to heaven, but I almost did one time.’”

Little did Anderson know, that his college breakup would become a classic hit sung by several artists before making its way into the hands of legendary Conway Twitty.

The song was first recorded by Don Gibson in 1960. Nicknamed “The Sad Poet,” Gibson was born to a poor working-class family and often sang of lost love – making Anderson’s “I May Never Get To Heaven” the perfect addition to his album Just One Time.

Seven years later, the song resurfaced on Aretha Franklin’s final album with Columbia Records, Take It Like You Give It. Her soulful voice brought new life to the song, giving it a more gospel-like edge.

Her recording must have been fate because in Anderson’s autobiography, Killen told him “Anderson, everything you write sounds like you stole the tune from the Baptist hymnal” – right after hearing the lyrics to this particular song.

While Franklin never made the song famous, she did give it enough momentum to stay relative in the music world. By 1979, several other artists had recorded the song before it fell into the hands of Conway Twitty.

Twitty returned the song to its roots, adding his famous twang to the tune. He released the song on his Cross Winds album and it quickly climbed the charts, ranking number one on the country charts for a full week – and remained on the charts for a total of 10 weeks!

Anderson commented on the different versions of his song, saying “I accept all of them, because I think a true artist is anybody [who] can trace a picture; it takes a great artist to paint one. And when I heard Aretha Franklin sing ‘I May Never Get to Heaven,’ or some of these wild, off-the-wall renditions that are so different, I take it as a compliment, I really do. It’s like this artist cared enough about what I wrote to put their stamp on it, and you don’t get paid a better compliment.”

Even now, facing the loss of Franklin, artists of all genres are paying their respects and remembering the influence she has had on the music world.

I’ve had so many influences in my life, and one of them is the Queen of Soul. Rest In Peace, Aretha. I’ll sing this one for you.

What a life. What a legacy!
So much love, respect and gratitude.
R.I.P. @ArethaFranklin https://t.co/400K1U5IHI

Let’s all take a moment to give thanks for the beautiful life of Aretha Franklin, the Queen of our souls, who inspired us all for many many years. She will be missed but the memory of her greatness as a musician and a fine human being will live with us forever. Love Paul pic.twitter.com/jW4Gpwfdts

She will be dearly missed and her legacy will carry on in the hearts and minds of all. Gibson, Twitty, and Franklin might have questioned whether or not they would get to heaven – but we know they are singing with a choir of angels…

Watch Twitty sing his famous version of “I May Never Get To Heaven” below.