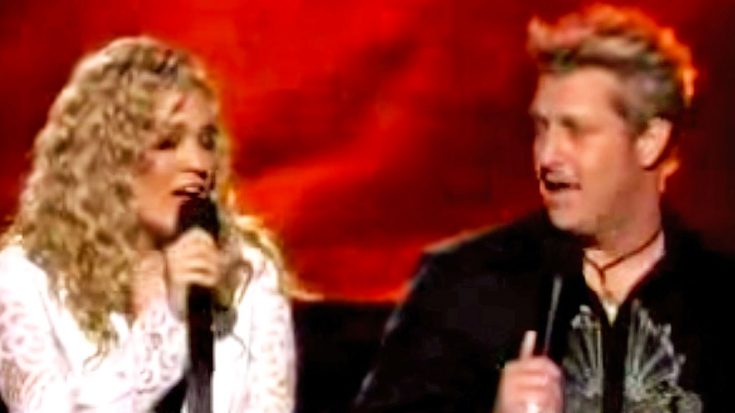 During the Season 4 finale of American Idol, the final contestants got the chance to perform with two iconic music groups.

We now know that Underwood ended up winning her season of the popular singing competition. But her duet with Rascal Flatts took place mere moments before her win was announced.

At that point in the competition, Underwood was already known for her angelic voice. So it only made sense for her to sing a song that would showcase that, and Rascal Flatts’ “Bless the Broken Road” fit the bill perfectly.

While the Rascal Flatts fellas are perhaps the most well-known for singing “Bless the Broken Road,” the song was not originally theirs.

In fact, it was first recorded by the Nitty Gritty Dirt Band back in 1994.

Carrie Made The Perfect Addition

We have a feeling that Rascal Flatts would have topped the charts all over again if they released their duet with Underwood as a single. The addition of her delicate vocals made the song even more gorgeous than it already was. To top it all off, her voice meshed perfectly with Rascal Flatts’ lead singer, Gary LeVox.

The audience clearly enjoyed the performance, as they stopped to cheer for Underwood and Rascal Flatts at several points. They also gave them a standing ovation at the end, which we’d say was definitely well-earned.

Go ahead and take a trip back through time by watching a young Underwood sing “Bless the Broken Road” with Rascal Flatts on American Idol. Watching this, it’s no surprise to us that she’s now one of the brightest stars in all of country music!