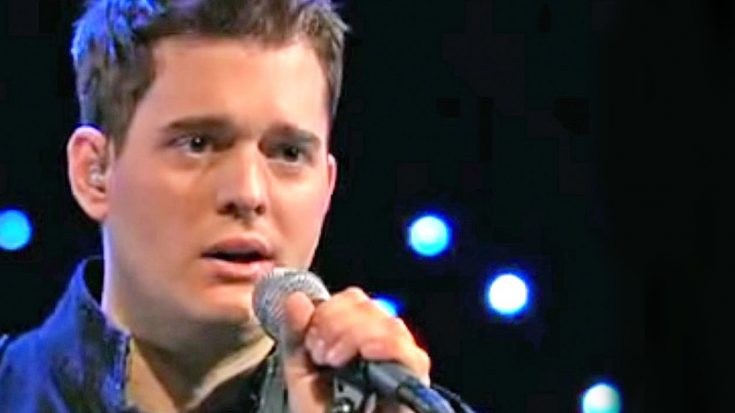 Michael: The Master Of Modern Jazz

When you think of jazz music today, Michael Bublé is the first name that comes to mind. The Canadian singer-songwriter has received great recognition for his work, with a total of four Grammy Awards to his name.

Since the release of his first album in 2001, Bublé has sold over 55 albums worldwide.

Bublé has covered many jazz and swing classics over the years, including “The Best is Yet to Come” and “I’ve Got the World on a String.”

But for his 2007 album Call Me Irresponsible, Bublé threw a country cover into the mix.

Decades ago, songwriters Johnny Christopher, Mark James, and Wayne Carson penned a tune now known as “Always On My Mind.” Soul singer Gwen McCrae and pop/country sweetheart Brenda Lee both recorded the song in 1972, with Lee’s version peaking at the 42nd spot on the charts.

That same year, Elvis Presley released his own version of the tune, which reached the 20th spot on the Billboard Hot 100.

But country legend Willie Nelson was the one who made the song a number one hit when he took it to the top of the country charts a decade later.

Bublé never released his cover of “Always On My Mind” as a single, but his version is still regarded as one of the most popular. Knowing how much audiences love the song, Bublé decided to sing it during a performance for AOL Music a few years ago.

This Will Blow You Away

Seated on a stool at center stage, Bublé was surrounded by his backing band, who provided a soft accompaniment to his singing. Bublé glided through each word with a gentle ease, his voice reaching a near whisper at some points.

The subdued way in which Bublé sang played up the song’s emotional quality. He managed to lend a subtle hint of heartbreak to the song without going over the top, which is what makes this performance so outstanding.

Tune in to the video below to watch Bublé’s enchanting cover of “Always on My Mind.”