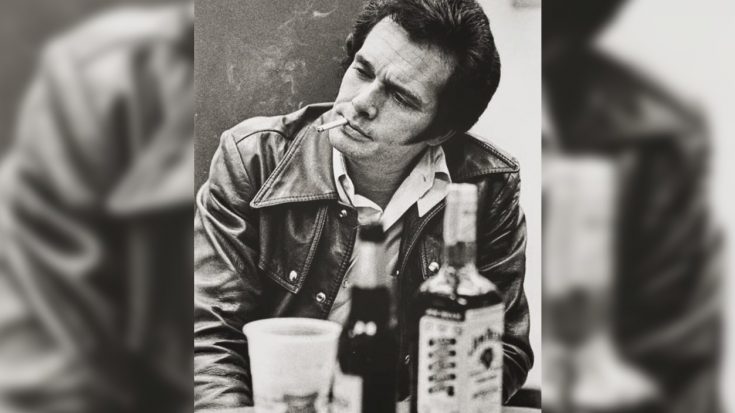 Did you know…the legendary Merle Haggard once held the Guinness World Record for buying the largest round of drinks ever purchased by one person?

It’s a record that stood for more than three decades.

One evening, Merle was at Billy Bob’s Texas back in 1983 celebrating his 28th hit song, “C.C. Waterback,” from his 1982 duets album with George Jones, A Taste Of Yesterday’s Wine, when he decided to buy 5,095 shots of the whiskey.

Merle Haggard was presented the check by Billy Bob Barnett himself who offered to buy Haggard a drink on the house, which the singer took him up on.

The record lasted in the Guinness Book of World Records from 1982, all the way to 2016, until a U.K. brewery bought 412 beers at a pub to celebrate Queen Elizabeth’s 90th birthday.

However, Haggard’s round of shots amounted to a little less than 40 gallons of alcohol, while the man who bought the beers added up to 42 gallons, technically beating Merle’s record.

The big question now though is…who’s going to beat the new record?