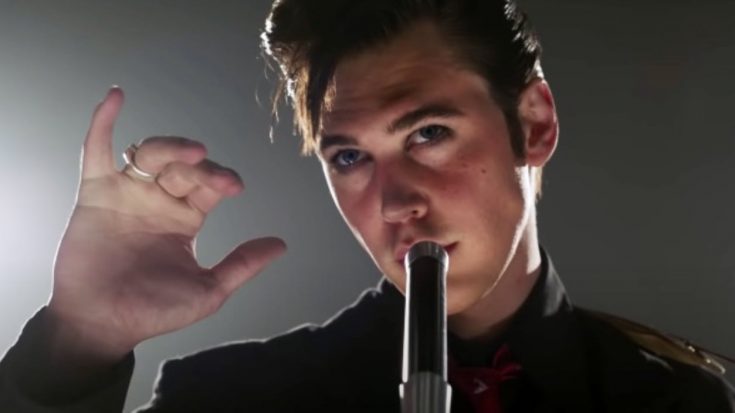 For years, Elvis fans have been excited about director Baz Luhrmann’s plans to make an Elvis movie. After a few delays, the film is finally premiering on June 24.

The original trailer was released in February, giving fans their first look into what to expect from the movie.

Since then, Priscilla Presley, Lisa Marie Presley, and Lisa Marie’s three daughters have all seen advance showings of the film. They praised the movie and Austin’s performance:

“I do want to take a moment to let you know that I have seen Baz Luhrmann’s movie ‘Elvis” twice now, and let me tell you that it is nothing short of spectacular,” Lisa Marie said on Instagram. “Absolutely exquisite. Austin Butler channeled and embodied my father’s heart and soul beautifully. In my humble opinion, his performance is unprecedented and FINALLY done accurately and respectfully. (If he doesn’t get an Oscar for this, I will eat my own foot, haha.)”

Now, fans can get another taste of what to expect from the Elvis film through a brand-new trailer, which was just released on Monday (May 23).

This second trailer shows some never-before-seen clips from the movie. We get the chance to see more of Colonel Parker and Priscilla than we did in the original trailer. The trailer also shows how Elvis’ style and appearance changed throughout his career.

You can catch the second trailer for the Elvis movie in the video below. Do you have plans to see the film in theaters when it’s released?