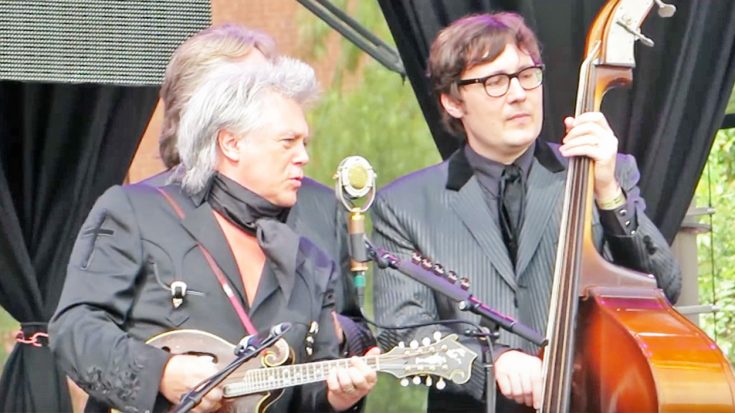 Not to mention, the lyrics are still incredibly catchy…

“One night a wild young cowboy came in/ Wild as the West Texas wind,” Stuart sings with his fellow bandmates while strumming the mandolin. “Dashing and daring, a drink he was sharing/ With wicked Felina, the girl that I loved.”

Stuart’s voice was at the top of his game, expertly conveying the emotion of the revenge-fueled love song that results in a man returning to El Paso even though he is to be greeted by certain death just for a chance to be reunited with his former lover Felina.

“El Paso” was written and originally recorded by Robbins for his Gunfighter Ballads and Trail Songs album in 1959. The song broke through genre barriers and skyrocketed to number one on Billboard’s Hot 100, “El Paso” frequently covered by rock band the Grateful Dead until the band’s demise in the mid-1990s.

You can listen to Stuart’s rendition of “El Paso” below.