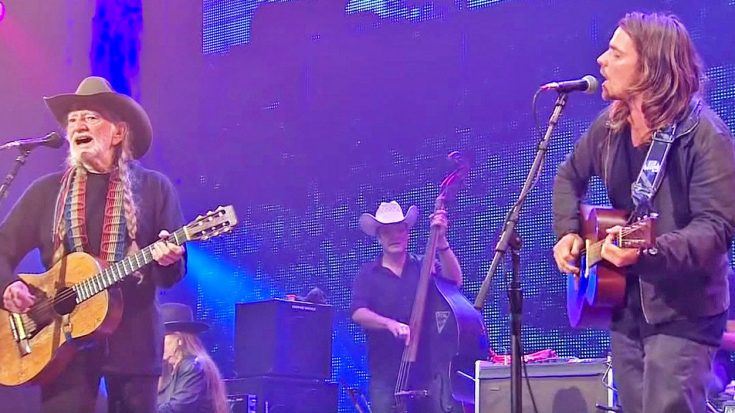 He’s the son of one of the most influential key players in the world of country music, and from the sound of it, the apple didn’t fall too far from the tree. Wille Nelson enlists his son Lukas Nelson for an incredible duet of Pearl Jam’s “Just Breathe.” Nelson released his own version in 2012.

Lukas is one of Willie’s seven children he has fathered throughout his life and is currently following in his father’s star-studded footsteps. The 31-year-old sounds almost identical to his country legend father when he’s on stage by himself, intensifying when the two crooners take the stage together.

Standing side-by-side equipped with acoustic guitars, the father and son duo took the stage for an unreal duet you have to hear to believe. When their performance of Pearl Jam’s hit song comes to an end, Lukas and his father engage in an emotional embrace.

Lukas Nelson is the frontman for American rock band Promise of the Real. The band formed back in 2008 and have been traveling the world on tour together ever since.

You can watch their performance in the video below.