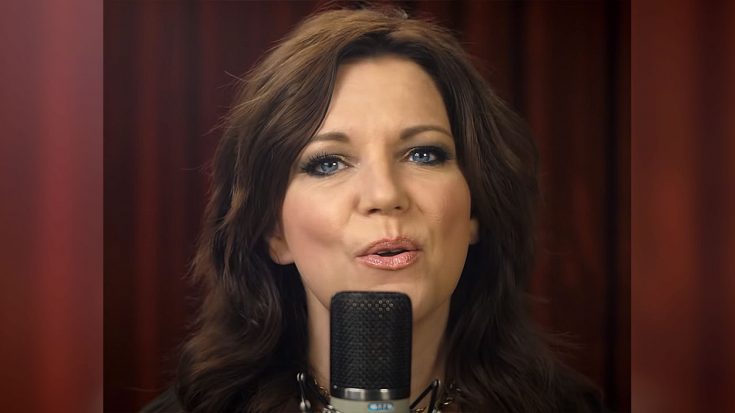 Martina McBride recently released a new song song “Girls Like Me”. The song takes a unique perspective on the heartache and struggles that a young girl can go through.

Martina was recently a part of the NBC show Songland where she heard “Girls Like Me” for the first time which was written by Nashville songwriter, H A L I E.

I'm going to be on @nbcsongland TONIGHT! ? I'm so excited for you guys to hear my original song as I share it with the world! Be sure to watch tonight at 10/9c #Songland

Fans of Martina and H A L I E are able to see the incredible journey that the song took after it was originally performed. When H A L I E sang it for the first time, it was from a young woman’s perspective. After working with the legendary songwriters on the show, Martina tweaked the song to be from the perspective of a woman who’s been through the struggle of a heartbreak and is letting someone younger know that everything will be okay.

When the time came to film a music video for it, all of the filming was done during quarantine. In an interview with CMT, she was asked what she remembered most about filming the music video.

“We had to shoot this video while under the stay at home order. In some ways making the video was even more challenging than making the record. It’s very hard to communicate and also feel the energy when everyone is wearing masks and gloves and social distancing.”

“We recently filmed this music video social distancing style, which made things a bit tricky but I’m so happy with how it turned out!”

Watch the final version of the song by Martina in the video below.