Martina McBride Being Honored By Country Music Hall Of Fame 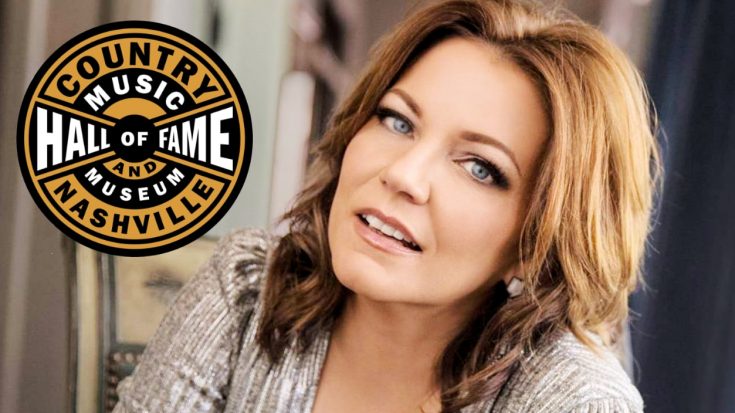 Martina McBride may not be a member of the Country Music Hall of Fame (yet!), but that isn’t stopping them from celebrating her in a huge way.

Those who visit the CMHOF over the course of the next year will get the chance to stroll through a dedicated exhibit to McBride. Called Martina McBride: The Power of Her Voice, the exhibit was originally supposed to open in 2020. But for obvious reasons, its opening was pushed back.

Now, the new exhibit will be on display starting July 30, and will remain open until August 7, 2022.

“Having an exhibit in the Country Music Hall of Fame and Museum is something I’ve had on my dream list for a long, long time,” McBride said in a press release. “Being able to share moments and mementos from my life and career with my fans and country music fans from all over the world is both humbling and exciting. I’m so grateful to be a part of country music.”

So what can visitors expect to see in this new exhibit?

The exhibit will display many items from both McBride’s personal and professional life. An article on the CMHOF website names some of the items fans will see, including “awards, stage wear, handwritten lyrics and personal artifacts.”

“Through the exhibition Martina McBride: The Power of Her Voice, the Museum explores the music and legacy of the influential vocalist, tracing her journey from performing in her family’s band as a child to becoming a chart-topping, award-winning, perspective-shifting country music artist,” the article states.

Look below to read a social media post from the CMHOF to learn more details about the exhibit and its opening weekend. Congratulations to McBride for being chosen as the subject of a CMHOF exhibit!