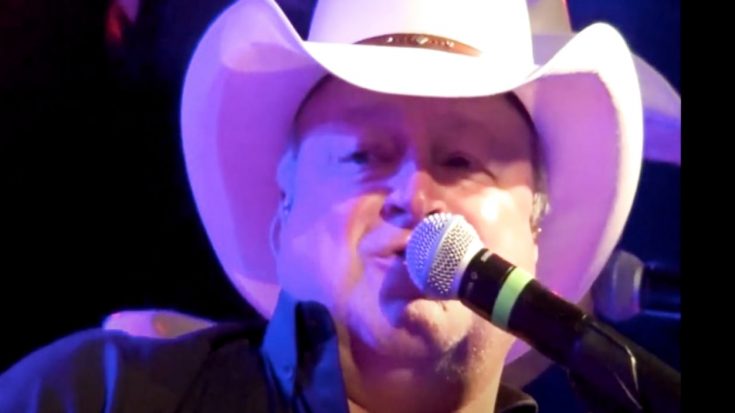 Country singer Mark Chesnutt was forced to back out of a recent performance due to an “unexpected” circumstance.

Chesnutt is known for 90s country megahits such as “Brother Jukebox,” “Gonna Get a Life,” and “It Sure Is Monday.” He also put out one of the most well-known covers of Aerosmith‘s “I Don’t Want to Miss a Thing.”

Chesnutt has been honored with two CMA Awards: the Horizon Award (now known as the Best New Artist award) and the Vocal Event of the Year Award. He won both trophies in 1993.

Now 57 years old, Chesnutt remains active as a recorder and performer. His newest record, Gone But Not Forgotten…A Tribute Album by Mark Chesnutt, was released in 2018.

As one of the biggest stars to emerge in country music in the 90s, Chesnutt is still a sought-after artist to book for various fairs and festivals. Most recently, Chesnutt was scheduled to perform at the Marion County Fair in Indianapolis, Indiana on Monday night (June 28).

However, Chesnutt was forced to cancel his performance at the last minute.

In a statement on social media, Chesnutt’s team said he had to cancel his performance due to an injury. The statement read:

“We are very sorry to announce that Mark Chesnutt will not be able to perform at the Marion County Fair on Monday, June 28 due to an unexpected back injury. Tickets will be refunded!“

The Marion County Fair confirmed this news in an update to its event page for Chesnutt’s show. The update read:

“The Copper Stills & Crush Band will perform tonight at 8PM for a FREE concert! Mark Chesnutt will be unable to perform due to an unexpected back injury.”

There is no further news on Chesnutt’s condition as of this writing. Our prayers go out to him as he recovers from his injury.

According to Chesnutt’s website, his next show on the books is scheduled for July 2 at the Dosey Doe Big Barn in Texas. Hopefully he’s feeling well enough by then so he can enjoy singing all of his hits for his fans!