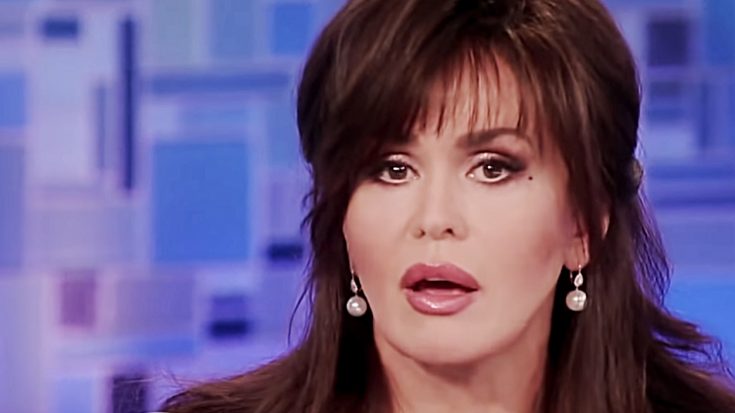 Prayers are needed for the Osmond family, just shortly after the birth of their newest family member – as she is in the ICU right now.

Marie Osmond, who just recently announced the end of her Las Vegas residency show with brother Donny, took to social media on May 23rd, 2019 to share the scary news and ask for folks to say a little prayer for her new grandbaby – who is already having to go through so much after just barely arriving into the world.

?? #HappyBirthday to our beautiful daughter Brianna and congratulations on your engagement to fiancée David Schwep. We love you both!! ?????❤️?

Her daughter, who recently married in December 2018, gave birth yesterday at the Children’s Miracle Network hospital that Osmond co-founded with “Dukes of Hazzard” star John Schneider.

The 21-year-old mother appears to be fine after bringing her new baby girl into the world, but unfortunately, the baby had to be rushed to the ICU – which sparked Marie’s plea for help.

So much love ?❤️❤️❤️ #repost @marieosmond Such a special time celebrating my next grandbaby!! Thank you to their incredible hosts and dear friends @sheenayaitanes & @gregyaitanes. It was such a beautiful shower and a wonderful day to spend time with family and friends. #schwepicbaby for Brianna & Dave. @dreamsequences?❤️ Oh and my daughter Abby love meeting you both too [email protected] @halfadams @sarawyle

Brianna and her new husband Dave Schwep revealed in March that they were expecting their first child and had since shared various photos of her pregnancy along the way. Just last month, Marie Osmond shared a sweet pic of her pregnant daughter and son-in-law wishing him a very happy birthday – clearly excited about the forthcoming grandbaby.

Wishing a #HappyBirthday to my amazing son-in-law David Schwep! So happy to call you family. ?❤️ Here’s to a new year and a new baby! Love you!! ? @dreamsequences

Now, it appears that the excitement has turned to a bit of worry as their newborn baby girl has been admitted to the intensive care unit – but Osmond says that there’s not too much to worry about because she’s in the hands of the folks at Children’s Miracle Network.

“Asking for prayers for my precious granddaughter born this evening 6lbs 10 ounces,” she wrote at the start of her tweet, adding “So thankful she was able to be taken to children’s ICU in one of our amazing Children’s Miracle Network Hospitals #gratitude that she is in their care!”

Asking for prayers for my precious granddaughter born this evening 6lbs 10 ounces. So thankful she was able to be taken to children’s ICU in one of our amazing @CMNHospitals #gratitude that she is in their care!??? ♥️

A flood of support from fans, friends, and colleagues alike came pouring out from social media with many sharing prayers with her family. Osmond did not specify why she was admitted to the ICU.

Our thoughts and prayers are with the Osmond family during this time.

Watch Marie’s interview about her new job on The Talk below.