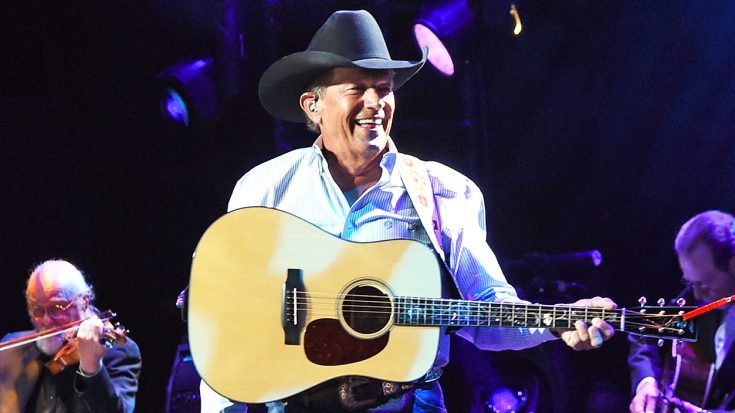 The King of Country is making headlines and his fans are freaking out!

RODEOHOUSTON had already announced the 2019 schedule, but on Tuesday (May 15), they added “an extra day and a concert-only performance” by none other than the King of Country Music himself, George Strait.

“We are extremely excited to welcome George Strait back to the Houston Livestock Show and Rodeo,” Joel Cowley, Rodeo president and CEO, said in a statement. “George has a long history with the Rodeo, first taking the stage back in 1983. He’s been with us through many of our major milestones during the past three decades, has entertained more than 1.5 million RODEOHOUSTON fans and is the only platinum honoree on our Star Trail of Fame.”

His March 17, 2019 show at NRG Stadium will mark his whopping 30th RODEOHOUSTON performance and comes 35 years after his RODEOHOUSTON debut. After the announcement was made on Twitter, Strait’s fans couldn’t even contain themselves!

The “King of Country Music” returns to #RODEOHOUSTON in 2019! Details here >> https://t.co/b2QvAtATJI pic.twitter.com/6CvnB4tWDj

Check out his performance from the last time he played RODEOHOUSTON in 2013 below, and let us know if you will be seeing him next year in the comments!