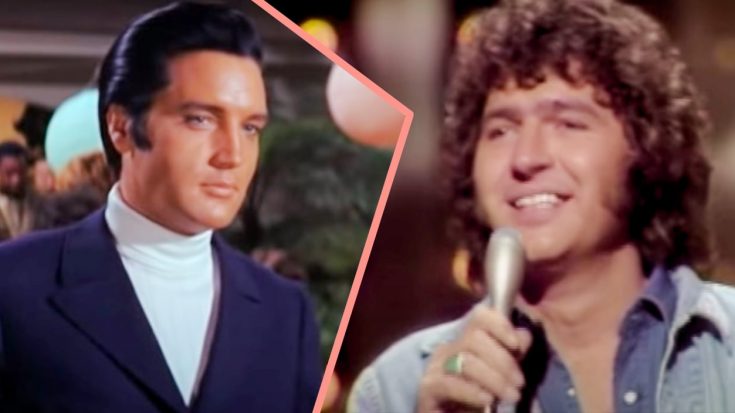 Several of Elvis Presley‘s greatest songs were written or co-written by Mac Davis. He penned “Memories,” “Don’t Cry Daddy,” “In the Ghetto,” and “A Little Less Conversation.”

The latter song was recorded by Elvis in March 1968. It went on to be featured in the movie Live a Little, Love a Little, which Elvis starred in.

“A Little Less Conversation” was a minor hit in the U.S., and peaked at the 69th spot on the Billboard Hot 100. It later went on to be covered by numerous artists, and has been featured in various commercials, campaigns, films, and television series.

The song received some renewed interest in 2002 after it was remixed by Dutch musician Junkie XL. This remix was a smash hit, and topped the charts in countries around the world, including Australia, Canada, Denmark, and Sweden. In the U.S., the remix climbed as high as the 26th spot on the Adult Top 40 chart.

When Mac Davis and Billy Strange co-wrote “A Little Less Conversation” all those years ago, they likely never imagined it would become the phenomenon it is today. But now it is arguably one of the most well-known songs Mac ever wrote.

Few people know that Mac went on to record “A Little Less Conversation” for one of his own albums. His rendition of the tune was featured on his 1972 album I Believe in Music.

Listen to Mac’s version of the song in the clip below.

After being so used to Elvis’ version and the Junkie XL remix, it’s interesting to hear the song performed by one of the people who wrote it. Mac was an extraordinarily talented singer and songwriter, and this recording proves it.