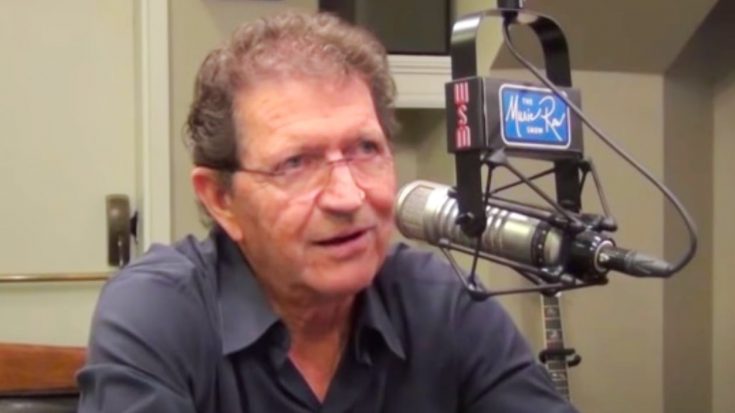 On September 28, the family of singer, songwriter, and actor Mac Davis released a statement asking his fans for prayers. The Davis family revealed that Mac was “critically ill” after undergoing heart surgery.

“Your love and prayers will be deeply appreciated at this time,” the family ended their statement.

We are sorry to report that legendary singer/songwriter Mac Davis is critically ill following heart surgery in Nashville.
Your love and prayers will be deeply appreciated at this time. #PrayForMacDavis ?

Sadly, Mac didn’t pull through. His longtime manager Jim Morey announced that Mac passed away on September 29. He was 78 years old.

“It’s with a heavy heart that I announce the passing of Mac Davis,” Jim wrote on Facebook. “He was surrounded by the love of his life and wife of 38 years, Lise, and his sons Scott, Noah and Cody.”

Jim also spoke about the special bond he and Mac shared after working together for so long:

“Mac has been my client for over 40 years, and more importantly.. my best friend. He was a music legend but his most important work was that as a loving husband, father, grandfather and friend.”

It's with a heavy heart that I announce the passing of Mac Davis. He was surrounded by the love of his life and wife of…

Mac first got his start in the music industry by working for Nancy Sinatra in the 1960s. He then went on to write some of Elvis Presley‘s most iconic and emotional hits, including “In the Ghetto,” “Don’t Cry Daddy,” and “A Little Less Conversation.”

Dolly Parton, who worked with Mac many times through the years, called him “one of our greater songwriters” during a 2016 interview with The Guardian. In addition to writing together, she and Mac recorded the duet “Wait ‘Til I Get You Home.”

On top of his singing and songwriting career, Mac was an actor. His filmography includes titles such as North Dallas Forty, Cheaper to Keep Her, The Sting II and Jackpot.

In other words, Mac left behind quite the legacy to remember him by. May he rest in peace.

Our thoughts and prayers are with Mac’s family and friends during this difficult time.