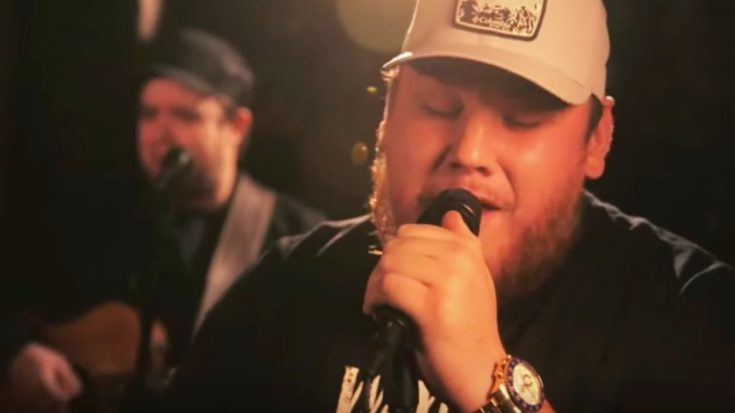 Those who tune in to watch The Tonight Show not only get the chance to enjoy celebrity interviews and host Jimmy Fallon’s comedic antics, but they also get to watch a wealth of musical performances.

Music plays a huge part in the show. In addition to normal live performances, special segments such as “Classroom Instruments” give the musical guests even more opportunity to shine.

So when country powerhouse Luke Combs served as the musical guest one night, he took part in a unique segment that gave him the chance to honor one of the greatest groups in music history…the Allman Brothers Band.

Combs honored the legendary rockers through a performance he delivered in The Tonight Show‘s “Cover Room.” And if you’re going to sing an Allman Brothers cover, Combs and everyone else knows that “Ramblin’ Man” is the song to go with.

Released in 1973, “Ramblin’ Man” was inspired by a 1951 song of the same name by late country music icon Hank Williams. Because of this source of inspiration and the song’s overall sound, “Ramblin’ Man” has always been considered as more “country” than the Allman Brothers’ other material.

That change in sound clearly paid off, because the song went on to become the band’s first, and only, top ten single. Today, artists of all genres pay tribute to the band by covering the song, and it remains a favorite among country artists.

Due to its popularity, we’re sure you’ve heard “Ramblin’ Man” covered dozens of times before. But you’ve never heard a version quite like Combs’.

Covering the Brothers while wearing a waylon shirt???

Luke Combs is my guy. https://t.co/I1RxucvCk4

The singer opted to go for a truly authentic approach, performing unplugged with the only assistance coming from a mandolin and an acoustic guitar. This gave his performance a rootsy, down home vibe that harkens back to Williams’ era (the era the song was based on in the first place).

Overall, Combs’ performance was as epic as could be without the need for any extra flair. He let his voice and the music speak for themselves. The result was something y’all are sure to enjoy when you check out his performance below.